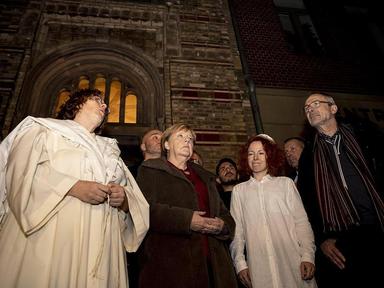 "Chancellor Angela Merkel of Germany expressed her condolences to the families of the victims and her solidarity with Jews around the world. She also took part in a vigil outside Berlin’s New Synagogue."

And read the article here.

Unfortunately, it's not evident that a chancellor will take part in a vigil after an attack like the one in Halle. Too many of her contemporary counterparts in the West would not have done that.
One of the reasons why she will be missed.