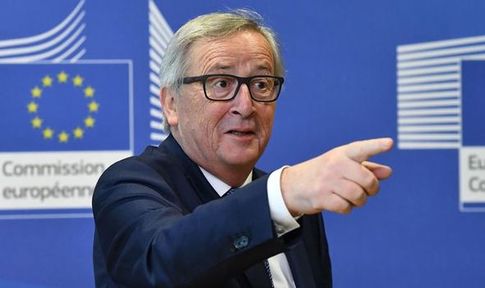 "DER SPIEGEL: The British made the decision to leave the European Union during your term in office, and the community is now losing an important member. Would you say that the British were ever at home in the EU?

Juncker: That is indeed the fundamental question. I have been involved in European politics since December 1982 and have seen time and again that the British have operated on the premise: We are only in the EU for economic reasons. When it came to the political union, to moving closer together, they wanted nothing to do with the EU. That was even the case with my friend Tony Blair. If you stick to that narrative for over 40 years, it should not come as a surprise when people remember it during the referendum.

DER SPIEGEL: Before the referendum in June 2016, though, the majority of observers expected the British to vote narrowly in favor of remaining in the EU. Did you as well?

Juncker: No. I was one of those early on who was firmly convinced that this referendum would go wrong. When then-Prime Minister David Cameron told me on the sidelines of the 2014 G-20 summit in Brisbane that he really wanted to hold a Brexit referendum, I told him: "You're going to lose it." I made a bet with the European commissioner of British nationality at the time, Jonathan Hill: I get a pound from you if the Remainers lose, you get a euro if you win. I have that pound today.

DER SPIEGEL: Still, you didn't fight for Britain to stay in the EU. Why?

Juncker: I had many invitations, but Cameron made it clear that he didn't have any use for me. The European Commission is even less popular in Britain than it is on the Continent. I decided not to get involved. Looking at it today, I think that was a big mistake. So many lies were told, including by current Prime Minister Boris Johnson, that there needed to be a voice to counter them.

DER SPIEGEL: The "stupid nationalism" you warned of in your farewell speech seems to have spread across Britain. Do you fear the same thing could happen in other countries?

Juncker: Actually, I wanted to say "dumb nationalism" -- "dumb", not "stupid." I'm more concerned about nationalism than I want to sound. The populists didn't manage the planned breakthrough in the European election. Although that reassures me, it's not yet over. I am observing with concern how many classical political parties are following in the populists' footsteps. Those who run after populists will eventually become populists themselves. But people will vote for the original.

DER SPIEGEL: The nationalists are trying to create the image of the EU as a bogeyman, as a bureaucratic monster that destroys national identities. Do you think you provided the ammunition for such accusations?

Juncker: I have never spoken of the United States of Europe, at least not since I was 18 years old. But that hasn't stopped many Brexiteers from seeing me as an ideological target. We must not give Europeans the false impression that the European Union is on the way to becoming a single state. Even highly enthusiastic Europeans are against our union becoming a European melting pot.

DER SPIEGEL: Isn't that a little too diffident? Doesn't the EU need more centralism, at least in some areas? We are thinking in particular about European foreign policy. It is unlikely the EU will be able to save the nuclear agreement with Iran and it had to look on helplessly as Turkey marched into Syria. We are far from the "global political capability" that you often exhort.

Juncker: On a few select foreign policy issues, we need to be able to decide by qualified majority in the future -- in terms of condemning the human rights situation in China, for example. It is unacceptable that we say nothing simply because one member state doesn't agree. When it comes to military operations, however, we have to be more cautious. I cannot imagine the German parliament backing a European decision that would send German soldiers into deployment, not even in the future. That is Germany's most sensitive spot. And this sovereign right of the Bundestag will not be encroached upon."

Juncker has often been radicalized but he has important en intelligent things to say.

The narrative is influencing voters, the popular narrative told by more or less popular politicians is often indistinguishable from blatant lies.

And the belief in these blatant lies has consequences as we all know.