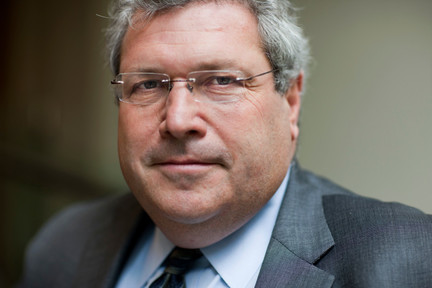 Robert Kagan in Der Spiegel (interview conducted by René Pfister) on the end of well let's say everything as we know it:

'Kagan: For a long time, we have been used to thinking that liberal democracy is the permanent condition of humanity. But that is an illusion. Liberal democracy always creates antibodies. The U.S. has played a key role in establishing the European democratic process, but for several years now, it has been pulling back from that role. Ever since the end of the Cold War, the American public has been increasingly questioning why they have to play this large role in the world. Why do we have troops in Europe? Why are the Europeans not taking care of themselves? After the Iraq War and the 2008 financial crisis, the discussion reached the tipping point. With Barack Obama and Donald Trump, we have had two presidents who considered it their job to pull America back from this role. Certainly, Trump is the more extreme version of that.

DER SPIEGEL: In a recent essay, you wrote that the German question will return if the U.S. is no longer willing to continue its engagement in Europe. Do you really think there is a danger of Germany once again becoming a threat to its neighbors?

Kagan: Up to the end of World War II, Germany always had the problem that it's too big for Europe. A key element of the European peace after World War II was the American security guarantee, which reassured all of Germany's neighbors that whatever else was going to happen, Germany would not become a danger again. That allowed Germany to have this great economic success without unnerving and frightening its neighbors. Once Germany was unified, it became the largest economy in Europe, the largest territory in Europe and the largest population in Europe. With that, of course, comes the potential of being the largest military in Europe. So it's not about the German character or anything.

Kagan: There are certain objective conditions that bring back the German question. You can already see the jealousies of other countries about Germany's dominance of the European economy and the resentment that that creates. If you pull the American engagement out of the equation, here's the scenario that I worry about: The neighbors of Germany could become sort of unmoored from NATO and maybe even from the EU. They will begin to look at Germany nervously and begin to undertake economic policies that are designed to break free of German hegemony. That will, in turn, create resentments in Germany. How long before you have a perfectly respectable German position that says: "Wait a second. We've got to start looking out for ourselves. Everybody else around us is looking out for themselves. Who is looking out for us?"

DER SPIEGEL: So in your view, the Europeans are eternal teenagers who start fighting as soon as America turns away.

Kagan: Grow up! That's fine! But I think you really have to be an unwavering optimist to believe that Europe will stay stable and peaceful without the support of the United States. You can't compare the EU of the late 1990s to the EU of today. There is the United Kingdom's departure from Europe. In the eastern parts of Europe, the once democratic governments of the Czech Republic, Hungary, Poland and Slovakia have entered various stages of decent into illiberalism. And France is only one election away from a nationalist electoral victory.

DER SPIEGEL:Do you think it's possible that Trump will pull the U.S. out of NATO if he is reelected?

Kagan: I don't rule it out. But you know what? In a way, that's not the important question. Whether the United States formally pulls out of NATO or not, does anyone think we're as committed to NATO today as we were four years ago? The Poles are very funny to me because they believe that NATO could go away, but the U.S. commitment to Poland will survive. They think they can count on Donald Trump.'

'DER SPIEGEL: What would the U.S. and the world look like after eight years of a Donald Trump presidency?

Kagan:I think so far, happily, the American system has proved resilient enough to resist the worst of what he's done. Right now, we are experiencing a fundamental conflict between liberalism and anti-liberalism, not only in the United States, but all over the globe. And for the moment, the anti-liberal forces are in the ascendency. You can see it in a hundred different places around the world: India's dealings with Pakistan, between Japan and Korea, in Israel. When the order begins to collapse, every country and every leader makes decisions based on what they're seeing. All the disincentives that used to exist to a certain kind of behavior are melting away. Four more years of Trump is four more years of the liberal world order coming down.'

The unravelling of Europe, including the possibility of war, is something that might happen in the next decades, but whether Germany will be the problem again remains to be seen.
Yes, nationalism and rightwing extremism are back in Germany, just look at the AfD, but the idea that Germany needs some space in the east in order survive is even among the AfD supporters a minority position. The willingness to spill blood, as Kagan himself points out, is rather low. The conditions for a new German problem are not met, nor will they be in the near future.

Whether the next election in France will bring us Marine Le Pen remains to be seen. It's definitely possible, but the rise of the extreme-right in Europe seems to have come to a standstill. Look at Switzerland, Germany, the Netherlands, even Hungary.

And yes, the liberal democracy is threatened and probably much weaker than we assumed a couple of of decades or so, even five years ago, but I'm not sure if a second term of Trump will cause the last liberal democracies to fall. Let's not overrate the influence of Trump, het is more a symptom of disorder than the big creator of chaos.

Trump is in most of Europe a highly unpopular figure. What Brexit till now is to the EU Trump might be to liberal democracies in Europe, the realization that the alternative is worse. There is something worth protecting, even though we might dislike what we need to protect.

But it's good to acknowledge that most of what Kagan is saying is not out of the question.