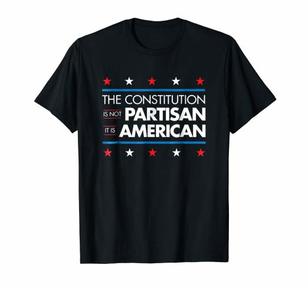 On why bother - Susan B. Glasser in The New Yorker:

It is not just Trump-loving Republicans who may react to the actual details of the investigation with indifference. Polls suggest that there is now nearly a complete partisan gulf between how Americans view the impeachment matter, with Democrats and independents in favor and Republicans against, in a way that makes the inquiry itself almost beside the point. How much does anyone—on either side of this yawning national divide—care about the evidence if they know in advance how they plan to interpret it? And, of course, the sense of constant crisis is overwhelming. How can Americans bother to keep track of who said what to whom about Ukraine when there will soon be another scandal, another cast of characters, another alarming development to monitor?

'On Wednesday night, in Louisiana, Trump stood onstage with one of the state’s Republican senators, John Kennedy, who, in Trumpian fashion, used his turn at the microphone to mock House Speaker Nancy Pelosi for opening the impeachment probe in the first place. “I don’t mean any disrespect,” he shouted into the microphone, to cheers from the audience and a grin from the President, “but it must suck to be that dumb.”

Earlier in the day, at the Capitol, Kennedy had weighed in on the impeachment inquiry, telling reporters, “The quid pro quo is a red herring unless you make a distinction between a legal quid pro quo and an illegal quid pro quo,” Kennedy said. This did not seem like legal brilliance on the part of Kennedy, or even to make much sense at all. But it was revealing as an example of the latest form of political self-preservation being offered by Senate Republicans, who seem to be responding to the emergence of inconvenient impeachment facts even if they deny that they are doing so. Given that the evidence so strongly shows that Trump withheld U.S. aid and an Oval Office meeting unless the Ukrainians agreed to make a public statement about the investigations that the President wanted, Kennedy and other Senate Republicans have been publicly floating the idea that it’s perfectly within the President’s power to do so and, even if improper, hardly rises to the level of an impeachable offense.

Graham offered a slightly different variant this week: while insisting that he would not read the evidence, he also told reporters that the whole mess was a matter of Trump Administration incompetence and incoherence in its Ukraine policy. “They seem to be incapable of forming a quid pro quo,” he said. Neither of these rationales for Trump’s behavior is the robust defense of the President’s “perfect” dealings with Ukraine that Trump has demanded of his allies. But both speak to the willingness to endlessly accommodate a President who has convinced his supporters to make even nonsensical arguments on his behalf. The “stupid” defense; the “yeah, so what?” defense; the “Democrats are bad, so never mind” defense. There will be more. Trump has defined winning impeachment as keeping it partisan, so for him this is what winning looks like.'

If winning is keeping it partisan, then he is winning.

If you hate the 'establishment', then the impeachment process will push you only further in that direction.

Once upon a time people were waiting for a miracle, now people are waiting for the next scandal, some with more glee and eagerness than others.