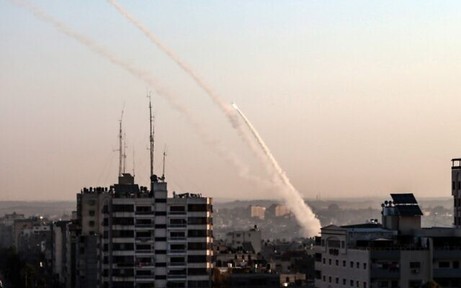 Chemi Shalev in Haaretz on Hamlet and other tragedies:

'William Shakespeare's tragedy about the Prince of Denmark includes a play-within-a-play with which Hamlet hoped to expose Claudius, suspected of murdering Hamlet's father the king, and to embarrass his mother Queen Gertrude, who married her husband’s killer and made him king.
The play is a thinly disguised reprise of the royal usurpation and fails to elicit the incriminating reactions Hamlet was hoping for. After watching the opening scene, in which the actress playing her repeatedly pledged eternal loyalty to her husband the king and melodramatically vowed not to remarry if he should die, the cool-headed Gertrude uttered the famously scathing theatrical rebuke: “She doth protest too much, methinks.”'

'So that despite the faux outrage and righteous indignation that he and his minions spewed forth on Tuesday, the suspicion that Netanyahu is eminently capable of ordering a military operation to serve his own purposes – as he demanded on election eve in September, after being embarrassed by a rocket attack that rushed him off a party stage in Ashdod – is inevitable and unavoidable.'

Remember the movie 'Wag the Dog'? The privatization of war is nothing new, but the risks appear to be bigger than in that movie, if I remember well the US went to war against Albania in "Wag the Dog".

Nationalism and patriotism are too often serving somebody's own purposes in disguise.
And yes, some politicians are capable of going to war in order to avoid prosecution. Ah well, the ancient Greeks went to war to avenge lost lovers. Human behavior is rarely new, but many of us keep believing in moral progress.