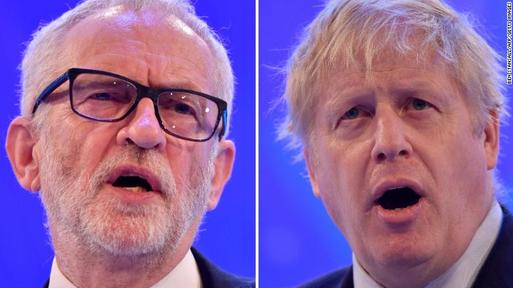 On Brexit and terrible accidents - David Runciman in LRB

"The other line of defence for those who believe we can make do with things as they are has been to view the last few years as a terrible accident. The thread running through it all, in this view – from Brexit to now – is Corbyn and the failure of his leadership. Without Corbyn, Brexit might have been stopped, Article 50 might not have been triggered so soon and Johnson might have been replaced as prime minister. But because Corbyn has proved so intransigent while remaining so incompetent, all the cards keep falling Johnson’s way. But it is too easy to blame individuals rather than the system in which they operate. Corbyn’s appeal was that he did not do conventional Westminster politics. That meant it was wishful to think that without changing the way Westminster conventionally operates he would be able to do much at all. The trouble with ‘Who governs Britain?’ elections is that elections are no way to decide that question. If Parliament can’t do it, we need a constitutional convention to establish a new set of ground rules. But winter is coming and no one seems to have the appetite for that right now."

Yes, winter is coming, but above all, without Corbyn, Brexit might have been stopped, indeed.

Whether or not Corbyn allows anti-Semitism in his party to fester is a different question. At least we know that he has an image problem, but his lukewarm support for the EU, before the referendum and after the referendum, is one of the reasons that the citizens of the UK and Europe will be dealing with prime minister Boris Johnson.