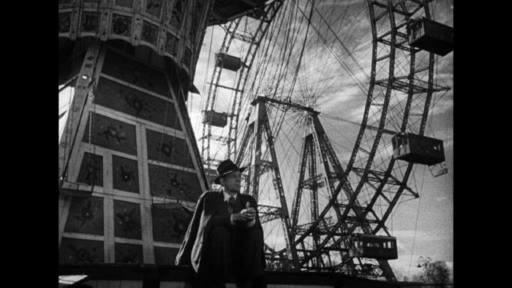 Last night during an event in Ghent, a conversation with a lawyer, actually a conversation with two lawyers, I showed the famous ferris wheel scene from Carol Reed's movie "The Third Man."
The lawyer and the host, also a lawyer, didn't seem to get the scene. Perhaps also because the subtitles were missing, and Orson Welles liked to mumble a bit.
I said, "when we talk about justice and injustice, punishment and free will, it's to me quite obvious, why I chose this scene. We should take Orson Welles' words seriously: 'Don't be so gloomy. After all it's not that awful. You know what the fellow said – in Italy, for thirty years under the Borgias, they had warfare, terror, murder and bloodshed, but they produced Michelangelo, Leonardo da Vinci and the Renaissance. In Switzerland, they had brotherly love, they had five hundred years of democracy and peace – and what did that produce? The cuckoo clock. So long Holly.' The cuckoo clock is not really Swiss but that' a detail. If you defend your clients, why not at least defend the defense of the Orson Welles-character. The biggest criminals go unpunished, and crime is good for art."
Then the conversation was over and we drank a glass of wine.