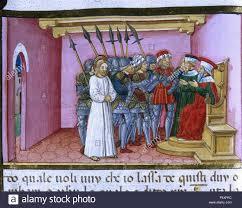 On Jezus, Catholicism, outrage and populism as the democratization of victimhood - Ariel Levy in Haaretz:

'Segre, who is a senator in the Italian parliament, has become a target for online abuse ever since she called for the creation of a parliamentary committee to combat racism and online hate speech. After she was given police bodyguards following the abuse, which included death threats, various towns and cities across Italy started naming her an honorary citizen as a show of support.
When the Trieste municipality met to vote on granting Segre that honor in mid-November, Tuiach, 39, spoke out against the proposal. His comments have subsequently been widely shared and criticized.

“I would gladly have this nice little grandma over for tea, I have great respect for her,” Tuiach told the assembly. “But as someone who is deeply Catholic, I was confused and offended because she said Jesus was a Jew — while for me he was the Son of God.” It was not immediately clear which of Segre’s remarks he was referring to, but in Catholic Italy it is common for anti-racism advocates to recall Jesus’ roots to skewer prejudice against Jews.

“Dear Tuiach, Jesus was a Jew: it’s not Segre who says so but the Bible,” read a headline in the left-leaning La Repubblica newspaper on Saturday, in one of many opinion pieces criticizing the local politician.
Naturally, social media was even harsher in its response to Tuiach.'

'In a phone interview with Haaretz, Tuiach doubled down on his latest comments on Segre and compared himself to the senator, who was one of a handful of Jewish children under 14 who survived the Auschwitz death camp during the Holocaust.
“I too am persecuted [like her] because of my faith,” he said. “When I opposed the Pride Parade, which offends my religion, I was showered with insults.” Tuiach said he was surprised by the controversy surrounding his remarks about Jesus. “People are forgetting what Christianity really is,” he said, adding that “the Middle Ages were the golden age of Christianity, when our saints were Catholic extremists who defended their religion with the sword.” As for his theological outlook, Tuiach insisted that “Jesus was born to a virgin, he is the Son of God. This should be obvious to anyone defending our true faith: How can he be a Jew?”'

Mr. Tuiach is clearly confused, and even as an enemy far from being formidable but the interesting point in his response is the need to portray himself as a victim, exactly as the women he is attacking.

Part of the essence of the so-called right-wing populism is the jealousy of other people's victimhood, it's the need to be perceived as, a victim as weak, which is understandable in a time where the hero is a victim, let's be precise, some victims can be heroes.
Glorification of victimhood is dangerous and unhealthy, but this jealousy, the need to portray oneself as a victim too is all too often the denial of the past, the whitewashing of the less glorious parts of 'our' culture and our countries.