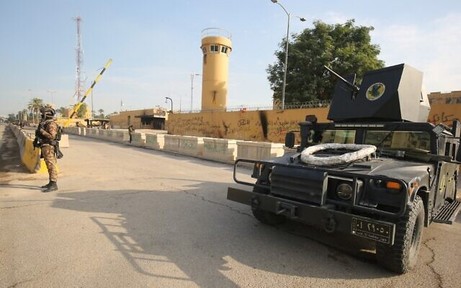 On declaring victory and getting out - Amos Harel in Haaretz:

'In the spirit of the advice President Lyndon Johnson received during the Vietnam War – declare victory and get out – Trump might reach the same conclusion: Depict Soleimani’s killing as a historic victory and take advantage of the opportunity to limit the U.S. military commitment in the Middle East, particularly in Iraq.
After all, he objects to that presence. For more than a year now, Trump has been trying to remove the remaining U.S. forces in neighboring Syria, but he hasn’t been able to overcome the opposition of his generals.'

'A hasty American withdrawal would also serve the Iranians in strengthening the land corridor they established over the last two years after the defeat of the Islamic State. The corridor lets them move forces and weapons relatively easily through Iraq to Syria and Lebanon. Increased Iranian influence in Iraq, without an American counterweight, will worry its western neighbor, Jordan, which for years Iran has wanted to see destabilized.'

'And even after the assassination, it’s hard to say whether Israel can be certain of an American willingness to act to prevent Iran from realizing this aspiration, despite Trump’s occasional tweets with caps lock on. After all, there’s a precedent – the administration’s utter failure, despite the president’s pronouncements, to curb North Korea’s nuclear program.'

Yes, Iran's attack of tonight 'at two military bases in Iraq where American troops are based' could be understood as a very subtle attempt to get the Americans out of Syria and Iraq.

But above all Amos Harel might be right, Mr. Trump is probably happy to get out.

We might also almost forget the North Korean failure, almost but not completely.