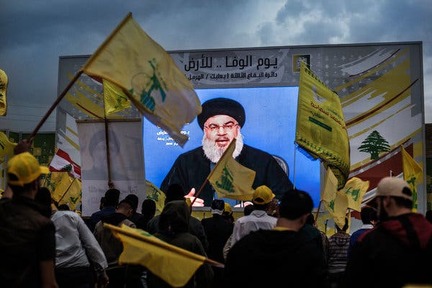 On Lebanon and the aftermath of the death of Soleimani - Adam Shatz in LRB:

'The anti-corruption protests that began in mid-October, and drew considerable support across sectarian divides, have dwindled: people are said to be tired, or anxious about their finances, or upset that compromised political parties have tried to co-opt ‘the Lebanese revolution’ (as some still call it, with more hope than conviction), or frightened by the thuggish defenders of the established order. The most thuggish is Amal, a Shia party that is more or less a patronage network and gang run by the former militia leader Nabih Berri. Amal sympathisers have staged a series of violent counter-demonstrations.

Amal, one of the most corrupt Lebanese political parties, is an ally of Hizbullah, which may be the least corrupt, but has acquired such vast power – it controls the airport and is militarily stronger than the Lebanese army – that it, too, has an interest in maintaining the status quo, including the confessional system that it once denounced. Hassan Nasrallah, Hizbullah’s secretary general, has claimed that the demonstrations were organised by foreign embassies.

Nasrallah spoke on Sunday about the death of Qasem Soleimani. The speech, via videolink from his bunker to a gathering of thousands of supporters, was broadcast on al-Manar, Hizbullah’s TV channel. It was an emotional topic for Nasrallah – and a politically sensitive one, since Hizbullah’s relationship to Soleimani underscores the tensions between the party’s Lebanese identity and its role as a pro-Iranian military organisation.

When I interviewed Nasrallah in 2004 for the New York Review of Books, he was keen to stress the party’s Lebanese credentials. But Hizbullah is also a cherished ally of the Islamic Republic, which helped to create the movement in 1982, during the Israeli invasion of Lebanon. Nasrallah, who studied in Iran, was personally close to Soleimani, who was in Lebanon for much of the 2006 war with Israel, a campaign he helped direct. Hizbullah’s popularity soared among Lebanese and other Arabs during that war, but it lost much of its cachet outside its Shia constituency as a result of its participation in the war in Syria – a battle it joined in alliance with (if not at the explicit behest of) Soleimani and the Iranians. On Friday, Hizbullah lost one of its fiercest allies, but he was not Lebanese, or even Arab.'

'‘I’m at your service,’ Nasrallah’s audience cried. Few outside the Shia community, however, will be rallying to his call. Many in Lebanon, especially Sunni Arabs who loathe Hizbullah, and supporters of the Syrian uprising against Assad, welcomed Soleimani’s killing. A Lebanese human rights worker wrote on Facebook:

‘I woke up to the delightful news that Iranian General Qasem Soleimani was no longer of this world. I immediately thought of the tens of thousands of innocents brutally murdered because of him in Syria, Iraq and elsewhere. For those who don’t know who he is, Soleimani recently orchestrated the killing and assassination of hundreds of peaceful demonstrators in Iraq. He was also one of the architects of the most horrific crimes committed against the Syrian population. He was spreading violence and instability across the region. His killing may trigger a violent reaction from Iran but the impunity he enjoyed for years and the inaction of the international community when confronted with Soleimani’s actions only emboldened him and the Iranian regime, and solely contributed to increased violence, atrocities and instability in our region. May he rot in hell.’ When someone commented that he sounded like Trump, he replied:

‘Proudly in the company of millions of Syrians and Iraqis who have been victimised by Qasem Soleimani but these don’t seem to count much to tri-state-based liberals.’ It isn’t immediately clear what Nasrallah intends to do in response to Soleimani’s assassination, but he left no doubt that he is at least privy to discussions about the retaliation being planned in Tehran. The question here is whether Hizbullah, by taking part in the retaliation, could plunge Lebanon once again into violent conflagration.'

Tri-state-based liberals have their deficiencies also, by all means, but let's not act as if they are homogeneous group. The temptation to see homogeneity is almost always a dangerous and a mistaken one.

And for the moment, as Shatz points out, the desire of most parties to prolong the status quo is bigger than the lust for war. This can change and mistakes are always possible, but the weather forecast is clear: more status quo.