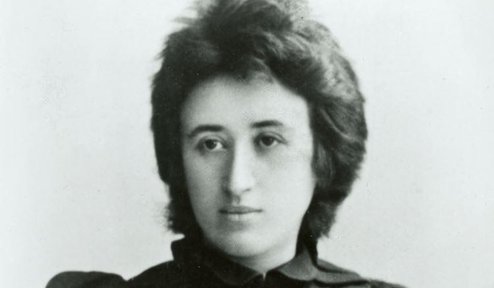 I said something about her Jewish background, the early dissolution of the Weimar Republic and her interesting love life, and of course I quote her most famous maxim:

Hannah Arendt might have misinterpreted Luxemburg's ideas about freedom, might have forgotten that Luxemburg was till the end a believer in a more or loess spontaneous revolution coming from workers and soldiers, but nevertheless she understood quite early that Lenin's ideas about bolshevism would curtail essential freedoms.