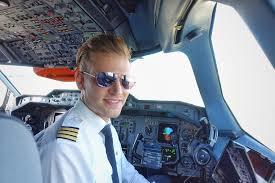 On side effects - Andrew McGee in NYRB:

'n early March, the apartment building where I live in Manhattan sent out an email to all residents suggesting that if anyone has been to any airport, they should self-quarantine for fourteen days. My neighbors know I’m a pilot, so I’ve been reduced to sneaking in and out of my building with my uniform in my bag and changing at the airport.

It’s difficult for the airlines to provide all the necessary precautions to protect “front-line” workers like me. I’m caught between the rational expectation that I should do everything I can to protect myself and my family, and the fact that I still need to go to work. The ground crew is cleaning the interiors more thoroughly and the airline is doling out alcohol towelettes for use in the cockpit, but it feels futile. Even before the epidemic, many pilots (including myself) would wipe parts of the cockpit upon first use, but what I’d need to do to truly sanitize a cockpit is impossible.

The way it works is that a flight crew will typically use a plane for at least half a day; sometimes, a whole day. Then another crew will pick up the plane, and it continues on its way. Aircraft keep moving almost continuously, but the crews swap in and out. The very nature of what we do in the cockpit involves touching things. We have the control yoke, gear lever, flap lever, hundreds of buttons, keyboards, touch screens, and more. And we touch almost all of them constantly: it is impossible to fly an airplane without touching anything, and it would be nearly impossible to truly sanitize every possible surface. Lately, when I pick up a plane, I’ll saturate my hands with Purell and then touch everything I can think of.

I maintain an amicable relationship with my ex-wife, who lives only a few blocks away. We share custody of our eleven- and thirteen-year-old children, who typically spend about half their time with me. But under these circumstances, they have not been to my place in weeks. The kids have been holed up at their mother’s, self-quarantined, practicing safe social distancing while I continue to go to work. Their mother and I have agreed that I will only see them in person out of doors and if we maintain a safe distance.

It’s painful, but things could be worse. Another pilot I know was told by his ex-wife that if she found out he went to work, she would revisit their parenting agreement and would consider taking him to court.'

The avoidance of all risks is a profound dehumanizing strategy. It's done to save lives, but it is destroying the social fabric that makes living meaningful.

The obsession with purity, the hatred of everything that is considered contaminated is fascist. By all means, be careful, follow the advice of experts.

But those who are unwilling to break the law under any circumstances will be the first killers and the first victims.