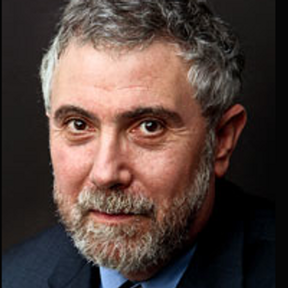 On not knowing - Paul Krugman in The Times:

'The economic news has been terrible. Never mind Wednesday’s G.D.P. report for the first quarter. An economy contracting at an annual rate of almost 5 percent would have been considered very bad in normal times, but this report only captured the first few drops of a torrential downpour. More timely data show an economy falling off a cliff. The Congressional Budget Office is projecting an unemployment rate of 16 percent later this year, and that may well be an underestimate.
Yet stock prices, which fell in the first few weeks of the Covid-19 crisis, have made up much of those losses. They’re currently more or less back to where they were last fall, when all the talk was about how well the economy was doing. What’s going on? Well, whenever you consider the economic implications of stock prices, you want to remember three rules. First, the stock market is not the economy. Second, the stock market is not the economy. Third, the stock market is not the economy.'

'The main answer, surely, is to consider the alternative. While employment eventually recovered from the Great Recession, that recovery was achieved only thanks to historically low interest rates. The need for low rates was an indication of underlying economic weakness: businesses seemed reluctant to invest despite high profits, often preferring to buy back their own stock. But low rates were good for stock prices.
Did I mention that the stock market is not the economy?

None of this should be taken as a statement that current market valuations are exactly right. My gut sense is that investors are too eager to seize on good news; but the truth is that I have no idea where the market is headed.
The point, instead, is that the market’s resilience does, in fact, make some sense despite the terrible economic news — and by the same token does nothing to make that news less terrible. Pay no attention to the Dow; keep your eyes on those disappearing jobs.'

The market's resilience makes some sense, but we need to keep an eye on the disappearing jobs?

The economist as a sphinx with not so adventurous riddles.