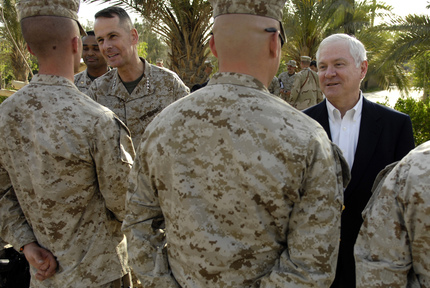 Defense secretary Gates offended his NATO partners in Afghanistan and then a day later extended his compliments on their troops. This is called massage.
A high-ranking Dutch officer at Kabul Headquarters told me in October that the US is perceived by its NATO partners as extremely arrogant. The US is running the show -- the other NATO partners are silent extras.
A lawyer in Kosovo working for the UN told me in the fall of 2006 that the British troops there hate the US troops with a vengeance.
Infighting within NATO is a fact. The fact that NATO soldiers didn’t start killing each other is probably an achievement.