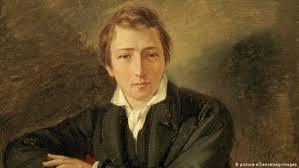 On Germany, the old and the new Germany - Ian Buruma in Harper's:

'The problem for Germans after the war—and for artists and intellectuals in particular—was that their culture and traditions were so contaminated by Nazi propaganda and aesthetics that German identity had to be reinvented once again. In East Germany, this problem was taken care of by Communist propaganda: the German Democratic Republic was officially on the side of the antifascists. In the West, it took at least a generation before people could seriously break with years of denial: the syrupy “Heimat” films of the late 1940s to early 1970s, though stripped of anti-Semitism, could easily have been made during the Third Reich. It was up to such writers as Günter Grass (himself not immune to denial) and Hans Magnus Enzensberger to draw the Nazi poison from the German language. In the visual arts, Gerhard Richter and Anselm Kiefer tried to come to grips with the recent past, sometimes by fetishizing not only Nazi imagery but older symbols of the Volksgeist such as dark German forests. Directors such as Werner Herzog and Rainer Werner Fassbinder did the same in film.

Smith claims that he sensed the birth of a decent German identity, patriotic without belligerence, proud without racist chauvinism, conscious of the past without wallowing in guilt, when Germany hosted the 2006 World Cup. He wasn’t the only person to see hope in German flags being waved in a friendly spirit. Modern German democracy, despite being tested in recent years by the rise of far-right politics—currently threatening many other countries as well—is indeed something to celebrate. And there is a great deal in German culture to treasure. But we might also remember that it took the nation of Bach, Beethoven, Goethe, and Schiller more than fifty years after Heine’s death to build a monument—against considerable resistance—to the Jewish poet.'

Yes, modern Germany is something to celebrate, and there is a difference between celebrating and idealizing. But the remnants of anti-Semitism are still in Europe, also in Germany. One could even argue that new anti-Semitism is on the rise, also in Europe.
And yes after the war many Germans and Europeans for that matter were ready to cease the hostilities against the Jews, but to build a monument for a German-Jewish poet was al bridge too far. I'm afraid that quite a few Germans wouldn't still consider Heine a real German.
But this is not unique to Germany, quite a few French people probably consider Modiano not a real Frenchman and about the Austrians and Jelinek we should rather be silent.