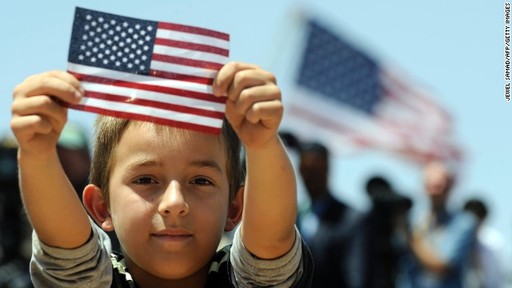 On a paradox - Nicholas Kristof in NYT:

‘Scholars call it the “Hispanic Paradox”: Despite poverty and discrimination, Hispanic Americans live significantly longer than white or black Americans.
Latinos also appear to have lower suicide rates than whites, are less likely to drink alcohol, are less likely to die from drug overdoses and, at least among immigrants, appear to commit fewer crimes.
Researchers have puzzled for decades about why this is. Strong families? Supportive social networks? Religious faith and active churches? A hard-driving immigrant work ethic? It’s a paradox because the disadvantaged normally live shorter lives. Hispanics in the United States endure discrimination, high poverty, lower rates of health insurance than both whites and blacks — yet they enjoy a life expectancy of 81.8 years, compared with 78.5 years for whites and 74.9 years for blacks.’

‘Mark Hugo Lopez, director of global migration and demography research at the Pew Research Center, emphasized family ties as part of the basis for the paradox. “There’s a lot of support in my own family for those who are facing challenges, such as those who lost their jobs,” he said. “That’s how Latinos help each other.” Another element may be faith and church connections. There’s some evidence that religious beliefs reduce behaviors like drug and alcohol abuse, risky sexual activity, violence and suicide, and a Harvard study found that church attendance or daily prayer or meditation correlates to better health and greater life satisfaction. Churches also offer a web of services and social connections that can buffer hardship.
Family and community ties also protect from a pandemic of loneliness in Western countries. One scholar has found that social isolation is more damaging to health than smoking 15 cigarettes a day.
This social fabric also isn’t a perfect shield from a pandemic. But it helps, and perhaps there’s a lesson in that for all the rest of us.’

Individualism is often attacked for the wrong reasons and mistakenly interpreted as selfishness. That to be independent is to be selfish is a rather totalitarian thought.
But of course, everybody needs a network, it’s impossible to pay for all the services you may depend on. Social isolation can be fought with (lots of) money, but for most people money alone won’t do it.

The question remains why Hispanics in the US have a sense of community that other groups appear not to have, or much less.
The network that may be the result of belonging to a religious community. Are some religious communities better in providing these services than other communities, if so why?

Individualism is not for the poor.

But that doesn’t make individualism bad, or to remain in the semantics of organized religion, sinful.

And the social fabric that can be lifesaving might also be repressive, or at least controlling and rather unfree.
To understand the Hispanic paradox better, other minorities and majorities in the US and elsewhere should be studied.
And perhaps atheists should have a church as well, call it ‘yoga plus’ for the time being.