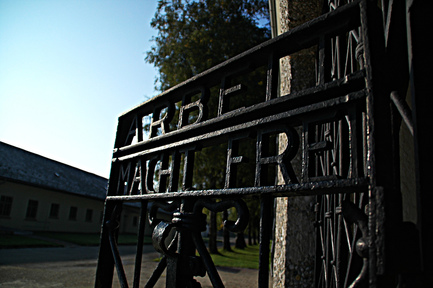 Tony Judt has written a very interesting article in the NY Review of Books titled “The ‘problem of evil’ in postwar Europe."
The article is as much about the problem of evil in postwar Europe as it is about the advantages and disadvantages of contemporary remembrance of the holocaust.
In today’s NY Times Nicholas Kulish writes about the remembrance of the holocaust in Germany.
Yes, there is reason to be skeptical about the "Vergangenheiytsbewältigung” in Germany. And the denazifacation after the war was not an overwhelming success there, to say the least.
Nevertheless I would argue that the "Vergangenheitsbewältigung” in Germany is impressive and I believe that that is also the point Mr. Kulish is making.

To all lesser degree this is a also a point Tony Judt is making: ‘Imagine the following exercise: Would you feel safe, accepted, welcome today as a Muslim or an "illegal immigrant" in the US? As a "Paki" in parts of England? A Moroccan in Holland? A beur in France? A black in Switzerland? An "alien" in Denmark? A Romanian in Italy? A Gypsy anywhere in Europe? Or would you not feel safer, more integrated, more accepted as a Jew? I think we all know the answer. In many of these countries—Holland, France, the US, not to mention Germany—the local Jewish minority is prominently represented in business, the media, and the arts. In none of them are Jews stigmatized, threatened, or excluded.’