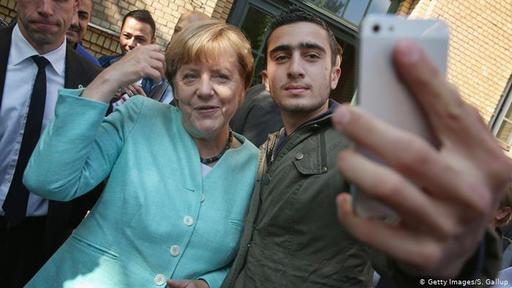 On Syrians in Germany – Katrin Elger in Der Spiegel:

‘The growing part of the German population that has Arab roots is visible in many parts of the country. In Berlin, Sonnenallee boulevard has long been known unofficially as "Arab Street” because it is home to so many Middle Eastern cafes and stores. One of the main libraries in the German capital city now has an Arab section, and before the pandemic, the imam at Hamburg’s Al-Nour mosque had to hold his sermon in two shifts to enable all the worshippers to fit inside. These days, though, he reaches most of his mosque’s worshippers via livestream.

Syrians now represent the largest Muslim minority in Germany after Turks. Since 2010, their numbers in the country have risen from around 30,000 to almost 800,000. Most arrived as refugees after the outbreak of the civil war, and they are reshaping the country, much like Turkish migrants did for decades.’

‘Officials at the German Interior Ministry say that 12,000 Syrian refugees received permanent residency in this way as of mid-2019. There is no central record of how many applications have been filed thus far this year. Three-quarters of the Syrians who are fit for employment in Germany are living either completely or partially on welfare. These people often have a limited chance of getting the desired permanent resident status.
According to the Federal Employment Agency, 42 percent of the refugees from the eight main countries of origin who immigrated since 2015 had a job at the end of last year, but those statistics also include low-paid and marginal part-time employment. It’s also likely that this situation has worsened considerably since the start of the pandemic.
But even those who have barely learned any German -- and are thus far from gaining their foothold on the labor market -- are likely to stay, even if the situation in Syria becomes more stable. Syrian dictator Bashar Assad has regained control over large parts of the country, and many refugees fear his unjust regime.’

‘Since the influx of refugees in Germany in 2015, there has been strong interest in Arabic courses at German continuing education schools, and some high schools now also offer Arabic classes. In Hamburg, for example, students graduating from college-prep high schools also now have the option of selecting Arabic as one of the subjects of their high school completion exams.
Baynatna was initially housed in a refugee hostel, but now it’s part of the Berlin Central and Regional Library, which some might see as a sign that Syrians have become an accepted part of German society.
But Qaiconie is less confident about that. He fears that the right-wing populists with the Alternative for Germany (AFD) party will gain in stature. "Who can guarantee that we won’t all get deported in the end?” he asks. For someone who has witnessed his home country sink into civil war, a lot seems possible. The attack in Hanau earlier this year, in which a racist gunman killed nine people because they had immigrant backgrounds, made many nervous.
Qaiconie studied to become an interpreter in the Syrian coastal town of Latakia, with the goal of becoming an English translator. After arriving in Berlin, he received a scholarship to study at the Berlin branch of Bard College, an American university, and completed a bachelor’s degree in ethics and politics. He plans to begin a master’s degree in program September.’

‘Lamya Kaddor, an Islamic scholar from Duisburg whose parents immigrated to Germany from Syria in the 1970s, agrees. She says she’s glad that the "Islamic monoculture” which had long existed in Germany is now a thing of the past. In contrast to Turkey, she says, religion in Syria isn’t as strongly institutionalized. Ditib -- the mosque association that operates around 900 houses of worship in Germany -- is subject to directives from the Turkish government. The Turkish Muslim movement Milli Görüş is also dominated by political goals.
"For most Syrian Muslims, faith is a private matter,” says Kaddor. She says she knows many Syrians who are very pious and conservative in their religious beliefs, but nevertheless open to people of other faiths. Syria is a multiethnic state in which many ethnic groups and people of different religions lived together largely in peace before the war. "This is a good prerequisite for successful integration,” the Islamic scholar says.’

‘He was 15 years old when he came to Germany. He has spent a quarter of his young life in Schleswig-Holstein, and he hopes it will only be a matter of time before he becomes a German citizen.
Hanawi should now be very close to this goal. If his marriage proves stable, he could be naturalized in two years. As his father explains, Mohammad didn't marry a Syrian woman. "His wife is German.”’

For love and papers, there is no better reason to get married.

Also, this article makes once again clear that assimilation is not a highway and should not become a highway, forced assimilation is as destructive and dangerous as all attempts to make assimilation impossible. But the natural process fairly often turns out to be assimilation, as long as people believe that this process will make their lives better and happier.
And assimilation should never be considered a prerequisite for good citizenship.

There is plenty of room in society for those who oppose assimilation fiercely, just think of the Amish in the US for example.