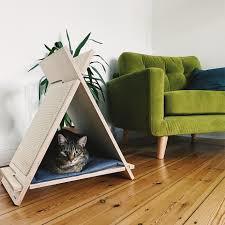 Once again, on poems and computers – The Economist:

‘They come from a poem written by a computer running a piece of software called Generative Pre-Trained Transformer 3. gpt-3, as it is more commonly known, was developed by Openai, an artificial-intelligence (ai) laboratory based in San Francisco, and which Mr Musk helped found. It represents the latest advance in one of the most studied areas of ai: giving computers the ability to generate sophisticated, human-like text.’

And here’s the poem:

‘Elliot Turner, an ai researcher and entrepreneur, demonstrated how the model could be used to translate rude messages into politer ones, something that might be useful in many of the more bad-tempered corners of the internet. Human readers struggled to distinguish between news articles written by the machine and those written by people (see chart).

‘Given that Openai wants eventually to sell gpt-3, these results are promising. But the program is not perfect. Sometimes it seems to regurgitate snippets of memorised text rather than generating fresh text from scratch. More fundamentally, statistical word-matching is not a substitute for a coherent understanding of the world. gpt-3 often generates grammatically correct text that is nonetheless unmoored from reality, claiming, for instance, that “it takes two rainbows to jump from Hawaii to 17”. “It doesn’t have any internal model of the world—or any world—and so it can’t do reasoning that requires such a model,” says Melanie Mitchell, a computer scientist at the Santa Fe Institute.
Getting the model to answer questions is a good way to dispel the smoke and mirrors and lay bare its lack of understanding. Michael Nielsen, a researcher with a background in both ai and quantum computing, posted a conversation with gpt-3 in which the program confidently asserted the answer to an important open question to do with the potential power of quantum computers. When Dr Nielsen pressed it to explain its apparent breakthrough, things got worse. With no real understanding of what it was being asked to do, gpt-3 retreated into generic evasiveness, repeating four times the stock phrase “I’m sorry, but I don’t have time to explain the underlying reason why not.”’

‘ Here, at least, little progress seems to have been made. gpt-3 was released without a filter, though it seemed just as ready to reproduce unpleasant prejudices as its predecessor (Openai added a filter to the newer model after that fact became obvious). It is unclear exactly how much quality control Openai applied to gpt-3’s training data, but the huge quantity of text involved would have made any attempt daunting.
It will only get harder in future. Language has overtaken vision as the branch of ai with the biggest appetite for data and computing power, and the returns to scale show no signs of slowing. gpt-3 may well be dethroned by an even more monstrously complex and data-hungry model before long. As the real Dr Seuss once said: “The more that you read, the more things you will know.” That lesson, it seems, applies to machines as well as toddlers.’

Machines are much like humans, even their failure to accept the limits of their own knowledge and capacities seems so, yes human.

I have confidence that one day AI will produce a poem that is as good as the best a ‘real’ human can produce. It’s only a matter of time before AI will win a Nobel Prize.

This doesn’t have to be necessarily dystopian.
The rise of AI might cause humans to like other humans better. Humans will be the new pets. Easy to love, but sometimes extremely demanding.
Ans of course not all pets are equal. As a reader in a Dutch newspaper recently pointed out to me: dogs have owners, cats have servants.