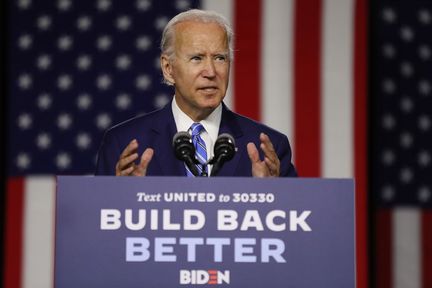 ‘The feud continued, and in May 2020, after Sessions issued a statement concerning his recusal, saying that “I do not and will not break the law,” Trump dealt Sessions a death blow by tweet: “Alabama, do not trust Jeff Sessions. He let our Country down.” “Perhaps you’ve forgotten… I did my duty & you’re damn fortunate I did. It protected the rule of law & resulted in your exoneration,” Sessions responded sourly, in a series of tweets, forgetting that feeling grateful to others is alien to leaders like Trump. On July 14, Sessions lost the primary, effectively ending, so far as can be foreseen, his political career.
“Congress no longer operates as an independent branch of government, but as an appendage of the executive branch,” the moderate Republican and former House representative Tom Davis told The New York Times in January 2020. Four years after Trump won the Republican nomination, the GOP has become a personalist ruler’s dream: a party solely dedicated to defending and promoting the leader, no matter what he says and does. No price, even the mass death of Americans from the president’s willful mishandling of the coronavirus pandemic, seems too high to pay to keep the pact of silence about the leader’s criminality and unfitness for office that maintains him in power.
With the authoritarian’s personal needs and desires setting the tone for political life, it is all too tempting to focus all blame on him. And that is routinely what happens when such rulers inevitably exit office. Yet, as the former Republican strategist Stuart Stevens asserts in his new book, It Was All a Lie: How the Republican Party Became Donald Trump, it would be a mistake to conclude that Trump had somehow simply hijacked the GOP. The Republican Party had already become a laboratory for American autocracy, a vehicle for power combining a base of white supremacists and gun-rights extremists with leaders like McConnell who had long approved of subverting voting rights and other democratic procedures to maintain their privileges and authority.
The GOP was already becoming “Trumpian” even before Trump himself appeared to complete its self-destruction as a democratic party. Enticing and intimidating individuals into becoming their worst selves as willing collaborators is what authoritarians do best. On this count, Trump has succeeded magnificently.’

Of course, the GOP was Trumpian before Trump. And the popular belief among certain liberals that there’s no real difference between the GOP and the Democratic Party brought us Bush in 2000 and Trump in 2016.

Nevertheless, if the GOP has completed its self-destruction – and I would say, yes, that’s probably the case – what does this say about the only other party left?

The desire, the need to defeat Trump is overwhelming, I wholeheartedly agree with this, and of course history taught us that in order to defeat the opponent, the enemy, you have to close ranks.
But by all means let’s not be naïve about the changes. What’s being offered by Biden-Harris is a return to the status quo ante with some cosmetic and hopefully less cosmetic changes (health insurance) and yes, the status quo ante is something. We all lived with it, I can still live with it.
But it is what it is, status quo ante.