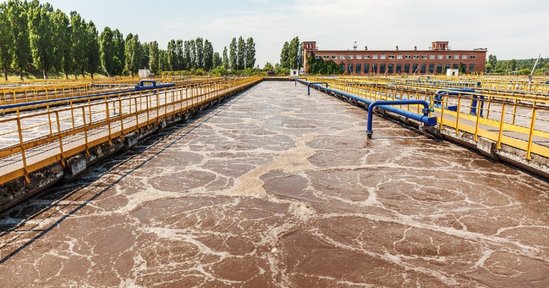 ‘“We’re developing a corona early warning system," says Dirk Brockmann, a professor of biology at Berlin’s Humboldt University. Brockmann originally studied physics, but he now models pandemic events. He and his team are using data generated with the "Corona Data Donation" app from the Robert Koch Institute (RKI), Germany’s center for disease control.
When a person becomes infected with the coronavirus, their pulse rate increases slightly and the average number of steps they take drops, data the researchers are seeking to tap - not in individuals, but in larger groups. Brockmann's hope is that the data can be used to recognize infection outbreaks.’

‘To make that possible, he has literally invited everyone in Germany to participate in the project. All those who download the RKI app can have his or her pulse data and the number of steps taken automatically transferred from their fitness bracelet or smart watch to the RKI, voluntarily and anonymously. The data is only linked to the person’s postal code.
Interest in the app has been enormous. "We actually only expected a few thousand participants," says Brockmann. But the servers almost crashed when the app was released on April 7, with over 500,000 signing up in very short space of time. The app was inspired by Eric Topol, a professor of molecular medicine at Scripps Research Institute in La Jolla, California. He floated the idea in an article in The Lanceton Feb. 1 entitled "Harnessing wearable device data to improve state-level real-time surveillance of influenza-like illness in the USA: a population-based study."
There was immediate criticism, because the app, developed by a private company, had several data privacy flaws. Most of those problems have since been solved, however, and it is becoming apparent that the collective measurement of pulses could actually be used as an early-warning system in the fight against the virus.
On average, the resting heart rate of the people donating their data is 61.01 beats per minute. Since mid-July, however, the hearts of the participants have been beating noticeably faster. "This could well be a clue pointing toward a second wave of infection," says Brockmann. Since last week, RKI has been using the current "fever monitor" to help the agency respond faster to new outbreaks. The warnings are currently broken down by German states, but they could soon be broken down to the district level.’

(…)
‘Brockmann is just one of many pioneers working on new coronavirus alarm systems. As he measures pulses, others are searching the sewers to detect the virus or are seeking to test millions of blood samples for signs of infection.
These could all become valuable weapons if the virus returns in full force this autumn. During the first wave of the coronavirus, authorities in Germany responded with a far-reaching lockdown on public life. The hope now is that if another wave comes, more agile and targeted measures can be imposed this time: quicker, local and more precise.
The test measures used so far have often been far too slow to stifle local outbreaks as they flare up. The PCR test, which uses a throat swab to collect samples in which the virus can be detected, is currently the standard, but the results are often only delivered long after a person is infected. At times, there are also delays at laboratories or public health authorities, as recently seen in Bavaria, where delays in the delivery of thousands of results, including more than 1,000 positive cases, meant that people weren’t promptly informed they might be contagious. The new coronavirus alarm systems are expected to improve response times, but they’re still in the experimental stage.’

‘There have also been findings in the Netherlands. Back in March, researchers in the city of Amersfoort detected coronavirus particles in wastewater six days before the first official report of a positive case, they wrote in the journal Environmental & Science Technology Letters. The wastewater tests have now been a part of the country’s national coronavirus control system since July. And starting in September, all the country’s wastewater plants are the be monitored for SARS-CoV-2.’

‘Once patients are infected, even if they are asymptomatic, the viral load in sewage increases. Sometimes, testing wastewater enables the detection of an outbreak several days before the health authorities make the discovery. Testing wastewater also has the advantage that it isn’t saddled with problems like privacy protection or chicanery, because positive findings can’t be traced back to individuals and there’s no requirement for any individual to submit to testing. Instead of the many tedious individual tests, wastewater can provide a "pool” test of tens or hundreds of thousands of people at once.’

‘There are still a number of open questions, and there is a lack of uniform standards. Researchers still have to find out exactly how measurement results are affected if, for example, a downpour dilutes wastewater. Gawlik says there has barely been time to publish the findings in the traditional academic journals. At the end of September, however, his team plans to release a preliminary report about the current "umbrella study."
In contrast to efforts to measure the national pulse, a fair amount of experience has been amassed when it comes to testing sewage. The monitoring of wastewater has proven to be a valuable practice since the 1990s. In addition to the European Union, Australia, Canada and other countries use sewage as a key element in discovering disease outbreaks early on. Tests of wastewater can be used to detect measles or polio, as well as antibiotic-resistant bacteria or noroviruses. They can also detect drug residues (ecstasy is particularly popular in German cities, for example, and cocaine is popular in the Netherlands).’

‘But none of the new alarm systems can work reliably if they are viewed separately from each other. The trick lies in linking the different systems together in a network. If the experimental data collected from monitoring the collective pulse, sewage and blood are combined with conventional methods, they can work together like a global immune system. And that could help bridge the gap until vaccines can mobilize our real immune systems.
And unexpected discoveries keep popping up as these systems are developed. "We are constantly stumbling upon unexpected connections," says pulse expert Brockmann. For example, he has noticed that infections disturb the sleep patterns of the people donating data through the app. Fitness trackers are registering how users are restlessly rolling around in bed for hours at a time. He and his researchers in Munich are now considering observing their volunteers at night to possibly catch the coronavirus while they sleep.’

What is reassuring about these methods – whether it’s about detecting cocaine, ecstasy or viruses in waste water – is that the results will never or rarely be attached to an individual. No prosecution, no record et cetera.

Test the wastewater, instead of tedious, individual testing, yes indeed.

I do believe that privacy needs to be protected, that’s why I was highly suspicious about early models of several apps, but the combination of all these research methods appears to protect the privacy of citizens fairly well.

Get the wastewater tested, and blame the neighbors. One day this will be impossible, but for the moment, it’s doable. And blaming the neighbors, that's what we like to do anyhow.