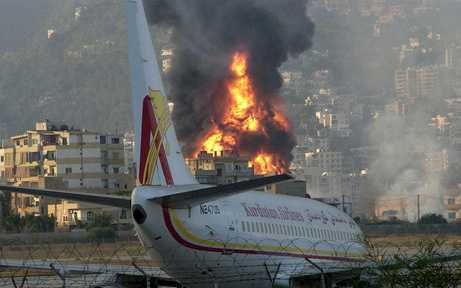 I must admit that I had never heard of Imad Mugniyah until I read about his death yesterday.
Israel is being blamed for the death of this Hezbollah-operative -- at least by Hezbollah.
But there was a small, interesting remark in the NY Times about this case: “Syria normally maintains tight security, especially in the capital. For that reason, there was also widespread speculation on Wednesday that Syria might have cooperated in the bombing, possibly as part of a deal with Israel or the United States.” That’s the beautiful thing about politics; there are no principles. Everything is negotiable. Even for so-called fundamentalists.