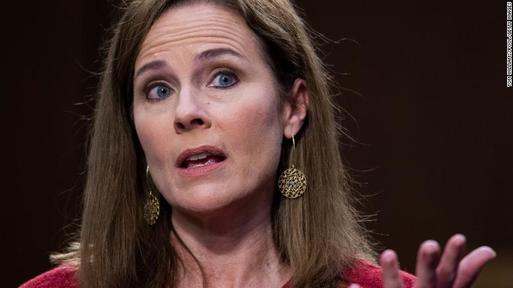 On pro life and pro gun – John Cassidy in the New Yorker:

‘In bringing up this dissent, Durbin pointed out that even Scalia himself, in District of Columbia v. Heller, a landmark Supreme Court Case on gun rights from 2008, had said the Second Amendment didn’t preclude the government from preventing felons and mental patients from purchasing firearms. (“Although we do not undertake an exhaustive historical analysis today of the full scope of the Second Amendment, nothing in our opinion should be taken to cast doubt on longstanding prohibitions on the possession of firearms by felons and the mentally ill,” Scalia wrote, in the majority opinion.) Addressing the empirical basis of Barrett’s dissent, Durbin also brought up a study which found that many nonviolent offenders are subsequently arrested for violent felonies. “The evidence is there,” he said. “You ignored it.” Barrett, momentarily appearing to lose a bit of her sangfroid, replied, “Senator, I didn’t ignore it.”’