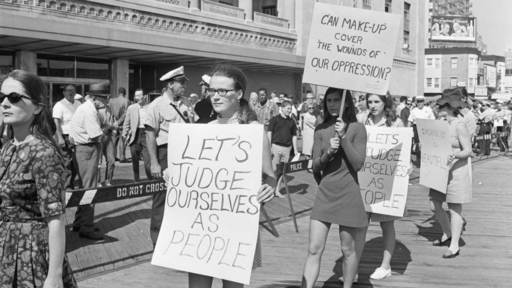 On a theory – Vivian Gornick in NYRB:

‘The morning after Donald Trump’s election, everyone who had not voted for him probably woke up thinking, “How did we get here?” Nearly four years later, even when we ask it rhetorically, we are still marveling over the question, for which no satisfying answer has ever been found. How indeed did we get here? Everyone—economists, sociologists, political scientists—has a theory: Vietnam, rapacious capitalism, the digital revolution. And while I am usually the last person in the room to resort to theory, I nonetheless have one, too, which I’ll now throw in the ring.
For me, it all begins with the liberationist movements of the 1970s and 1980s; that is, the surprise uprising of blacks, women, and gays in a country that was still failing to deliver the political and social equality that had long been promised and long been denied. Convinced that the United States was a mature democracy, we feminists in particular were certain that the gross subordination under which American women lived, now articulated by hundreds of us, would tomorrow be acknowledged by thousands, and the day after that by millions. How could it be otherwise?’

‘We soon had our answer in the form of the formidable Phyllis Schlafly, the rock-ribbed Republican whose violent denunciations of the feminist movement we found both frightening and incomprehensible. For Schlafly, feminism was the Antichrist, and she would rather see America come apart at the seams than submit to our godless demands. She wanted America to remain—as God would have wanted it to remain—safe for Mom and apple pie.’

‘At this point an old-time revivalist movement began to sweep through the land, the kind that arises when a society is forced, like an individual, to face its own deepest conflicts retreats into the mindlessness of unreason. Within two decades there were evangelicals everywhere, prayer breakfasts in the White House, and Americans in unheard-of numbers announcing their belief in angels.’

‘When Thomas Frank wrote What’s the Matter with Kansas? (2004), his book about the Midwest turning conservative, he wondered why hardworking farmers and blue-collar laborers were voting against their own interests, which he took to be economic. But they were in fact voting for what was now their own interest. The rallying cries “abortion!” and “gay marriage!”—uttered as warnings of threats to life and limb—said it all.’

‘But on most scores, all bets are off. I live from day to day, sometimes animated, sometimes really depressed, but mainly in a state of open-ended curiosity about how much of the damage I am going to see play itself out.’

Identity might matter more than economy, Gornick might not be the first one to point this out, but she does it refreshingly crisply.

I’m slightly less convinced that the fact that probably nearly 80% of the Americans believe in angels, at least in 2011, see here is because of the liberation movements of the 60s and the 70s and the internal battle that the US had to face.

Maybe, the deepest conflicts of the country came more to the surface in the 60s and 70s, but what else is a civil war than deep conflicts reaching the surface of a country?

And yes, all bets are off, but there’s such a thing as odds, in the world of professional betting, and outside that world.