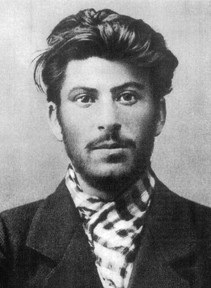 ‘Laurence Rees has interviewed more people who knew Adolf Hitler and Joseph Stalin than anyone alive today. As the former head of BBC TV History Programming, and now the author of seven books on the Second World War, he is expert at tracking down survivors and doing long-form filmed interviews, listening to many hours of their reminiscences. This book of only 400 pages of text, examining what the two dictators had in common and what divided them, boasts no fewer than 164 citations of “Previously unpublished testimony”, all obtained from the programmes about Nazism, Stalinism and the Second World War that Rees has produced over the past thirty years. Although Hitler and Stalin uses all the significant sources one would expect in a scholarly work, time and again it is the brand new personal testimony that has never appeared before in print that rivets the reader.
Of course, Rees is far too experienced an historian to take all of this at face value; he points out how important it is, for example, to contextualize Ponomariev’s remarks as those of a young soldier for whom “it was a life-changing event even to be in the same room as Stalin”, but from the summer of 1941 they were in the same room a good deal, and Ponomariev continued to worship his master.
Later in the book, Rees is told by Oskar Groening, an SS man who had been stationed at Auschwitz, that, “You somehow come to terms with your task. You’re aware of other tasks your colleagues do and if they do them in a humane enough way – even if you know that this truck with the people who can no longer walk and the small children, that within the next half-hour they will de dead – this one accepts because these things have become everyday routine”. As with Stalin’s apologist, Rees, the author of The Holocaust: A new history (2017), does not accept this statement at face value, either. “The notion that the Jews or others were dealt with ‘humanely’ at Auschwitz is a calumny that cannot pass without correction”, he points out, citing the witnesses who heard the screaming from the gas chambers, who knew that the Nazis’ victims were dying in unspeakable fear and pain.’

‘The double standard of those who refuse to accept Rees’s thesis about the immoral equivalence of Hitler and Stalin was satirized in the character of Hunter in A. N. Wilson’s novel A Watch in the Night (1997). “Hunter is one of those people”, Wilson wrote, “who believe that those who, during the 1930s, were hoodwinked by Stalin were all slightly lovable, in no way at fault for disbelieving the stories of the genocides, the concentration camps and the show-trials. Those who were guided by a comparable idealism into believing a different variety of nonsense were, by contrast, to be left for ever in the dock beside the butchers of Nuremberg.”’

‘“Fascism and Communism were the same”, the Russian soldier and Auschwitz survivor Pavel Stenkin told Rees. “One may disagree with this, but this is my opinion. I know this better than all.” He certainly did. While the Nazi Tweedledee could only be identified by the metal dental bridge in his mouth in 1945, the Soviet Tweedledum carried on his mirror-image rule until his death in March 1953, as he was characteristically planning to kill a group of Jewish doctors for supposedly plotting against him. As this book brilliantly shows, Adolf Hitler and Joseph Stalin were blood brothers.’

Yes, both happened to be brutal mass killers, but immoral equivalence is more complicated Mr. Roberts appears to think.

How do you weigh immoral equivalence? By being a bookkeeper and counting the deaths? Is killing a child worse than killing am octogenarian? One could argue that it is. Some would argue that Hitler killed children, Stalin didn’t.

And what do we learn from this immoral equivalence? I’m afraid that we shrug our shoulders, equivalence feels a bit like indifference.

There is this poem by Erich Fried about dictators, the poems boils down to and attacks this trite remark: All dictators were great men with some faults.