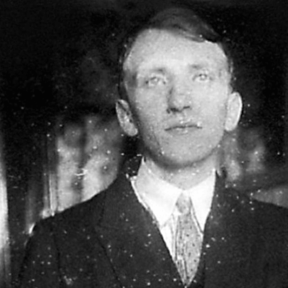 On language – Maria Popova on brainpickings.org:

‘“Words are events, they do things, change things,”Ursula K. Le Guin wrote in her splendid meditation on the magic of real human communication. But this transformation has a dual power of helping us see the world more clearly and creating the illusion of seeing when we are in fact misperceiving, as Nietzsche well knew in contemplating how we use language to both conceal and reveal reality: “Is language the adequate expression of all realities?” he asked. Still, language is the mightiest tool we have for wresting meaning from reality.’

‘That implicit duality of our linguistic conscience and the delicate, beautiful, dangerous relationship between storytelling and seeing is what the reclusive French writer, philosopher, and literary theorist Maurice Blanchot (September 22, 1907–February 20, 2003), whose ideas influenced such titanic thinkers as Foucault, Derrida, and Sontag, examined in his 1969 book The Infinite Conversation (public library), translated into English by Susan Hanson.’

‘In a sentiment of both complement and counterpoint to Le Guin’s incisive observation that “if you can see a thing whole… it seems that it’s always beautiful,”Blanchot writes: — Seeing is also a movement.
— Seeing presupposes only a measure and a measurable separation: to see is certainly always to see at a distance, but by allowing distance to give back what it removes from us. Sight is invisibly active in a pause wherein everything holds itself back. We see only what first escapes us by virtue of an initial privation, not seeing things that are too present, and not seeing them if our presence to things is pressing.
In a caveat reminiscent of founding father Benjamin Rush’s insightful metaphor for our blindness to the truly visionary — Rush likened visionary people to “objects placed too near the eye,” whose genius is not properly apprehended by the age in which they live and is only appreciated with the distance of generations — Blanchot adds: — But we do not see what is too distant, what escapes us through the separation of distance.
— There is a privation, an absence, precisely through which contact is achieved. Here the interval does not impede; on the contrary, it allows a direct relation. Every relation of light is an immediate relation.
— To see is thus to apprehend immediately from a distance.
— …immediately from a distance and through distance.”’

‘And yet, Blanchot reminds us, we never see everything — but perhaps that is a freedom rather than a limitation. He writes: This is sight’s wisdom, though we never see only one thing, even two or several, but a whole: every view is a general view. It is still true that sight holds us within the limits of a horizon. Perception is a wisdom rooted in the ground and standing fixed in the direction of the opening; it is of the land, in the proper sense of the term: planted in the earth and forming a link between the immobile boundary and the apparently boundless horizon — a firm pact from which comes peace. For sight, speech is war and madness. The terrifying word passes over every limit and even the limitlessness of the whole: it seizes the thing from a direction from which it is not taken, not seen, and will never be seen; it transgresses laws, breaks away from orientation, it disorients.”’

I was intrigued by this sentence by Blanchot: ‘For sight, speech is war and madness.’ Speech of course is not exactly the same as language. The sounds of a baby, which we do not recognize yet as language, can be labeled ‘speech.’ The sounds of a demented person that appear to be far from any language we speak can be labeled ‘speech’ as well.
But in general, in order to speak we use language. The person who declares, ‘je prends la parole,’ announces that he will start speaking for a while.
So I take the liberty to think that the distinction between speech and language is minimal. A writer who starts working on his novel could also declare, ‘je prends la parole’ but since his readers are (hopefully) absent when he is working, this is a rather absurd declaration.

Language conceals and reveals reality, and I would add, shapes reality, and language is the condition for our search of meaning. There might be meaning outside language, but it’s hard to find without language.

I like the interpretation of the beginning of the old testament as the birth of language. What’s created is not the world itself, but the words with which we recognize or believe to recognize the world.

What does it mean when Blanchot writes that for sight speech is war and madness?

This is war, because there are other verdicts possible, other verdicts go around.
And it is madness, because knowing is connected to madness, no certitude without a certain amount of madness.
To have eaten from the tree of good and evil means also to have entered another garden, the garden of madness.