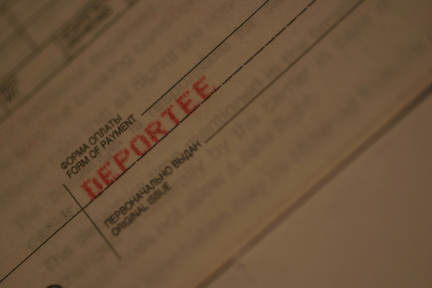 Both my parents were immigrants. Although they had never thought of going to back to Germany they got married in 1961 in Berlin, Germany, and from my childhood I remember that only German magazines were being read in the house: Hörzu, Stern and Die Weltwoche.
I myself became an immigrant, but by no means my experience in the US can be compared to let’s say the immigrant-experience of my cleaning lady from Ecuador.
One of the things for which I have praised Ireland (I have an apartment in Dublin) is that Ireland is one of the few European countries where there are no anti-immigration parties, and that Dublin has gotten the sizzling energy of an immigrant city.
This article by Jason DeParle in today’s Times makes clear that Ireland is by no means a paradise for immigrants. But at the same time the article spells out why Ireland is still a pleasant surprise in Europe, when it comes to immigrants.
One of the good things about McCain as the probable presidential candidate for the Republicans is that it seems that we won’t have a nasty debate about immigrants in the US this election season.
Politicians might change, but I have good hope that the candidates for both political parties will confirm that the US always was (well not before and during World War II) and will be a country for immigrants.