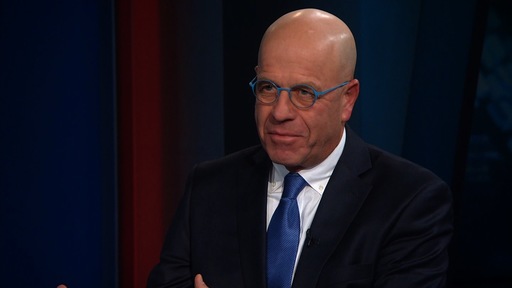 On identity – Ravit Hecht in Haaretz:

‘Avraham Burg has been a man of many titles. A scion of one of the aristocratic families of the religious-Zionist movement, he was Speaker of the 15th Knesset (1999-2003), a leading member of the Labor Party’s left-leaning “group of eight” in the late 1980s and early ‘90s, chairman of the Jewish Agency (1995-1999) and, as per protocol, during his tenure as Knesset Speaker, he served as Israel’s acting president, between the resignation of Ezer Weizman and the election of Moshe Katsav to that post. No resumé could be more Zionist and Jewish.
Now, though, “Avrum,” as he’s widely known, is out to discard one title: his designation as a Jew according to the population registry of the Interior Ministry. In an affidavit he will submit to the Jerusalem District Court, Burg writes that he no longer considers himself as belonging to the Jewish nationality. He adds that his conscience does not allow him to be classified as a member of that nation, because it implies “belonging to the group of the masters.” In simple, clear words, he asserts, “I can no longer feel identification with this collective.”’

‘This is not an extreme step, Burg maintains – on the contrary, it is a necessary and logical one. “I ask myself what the citizen who wasn’t happy about the law is supposed to do,” he tells Haaretz in an interview. “It’s not some sort of law about traffic offenses – for me, this law constitutes a change in my existential definition. Because my assumption is that the High Court of Justice will not touch this law, I am moving to the next stage.” Two weeks ago, the High Court in an expanded panel of 11 justices considered a challenge to the law, in the form of a large number of petitions filed against its constitutionality. Comments made by the justices during the hearings suggest that Burg’s premise is correct. He will submit his request after the bench hands down its decision. “I am not asking for radical things,” he says. “I am not asking to be registered as an Arab, or as I don’t know what. My request states: You [i.e., the state] redefined the sense of the collective. I am not a part of the collective under that definition. Erase me.”’

‘“When I entered politics, in the 1980s, I saw myself as a clear-cut disciple of Yeshayahu Leibowitz,” he says, referring the late, left-wing Orthodox intellectual and scientist. “I espoused two principles: separation of religion and state, and ending the occupation. Decades have gone by since then, and I still want separation of religion and state and the end of the occupation. I haven’t changed – you are the ones who have changed. You have become more right-wing, nationalist, fundamentalist. You are less democratic. I’m in the same place.”’

‘“I will continue to live my historic Jewish identity in the way that my parents and my forefathers and my foremothers lived. But not this.” It’s hard to predict how the court will contend with the request of the former Knesset Speaker. The courts here have dealt on many occasions with the issue of identity classification in the population registry, including that of religious affiliation. One of the best-known cases was that of writer Yoram Kaniuk, who sought to change his affiliation from “Jewish” to “without religion,” a request the court granted in 2011.’ (…)

‘Would you like to see a Palestinian mayor of Jerusalem? “If I can entrust the Palestinians to treat me medically and to administer my medications, and with the brakes of my car – can’t I entrust them with the sewer system of Jerusalem?” And Burg adds that naturally he would also be very happy to see an Arab prime minister in Israel.
We come to the article that I was curious to talk to you about, because you were the chairman of the Jewish Agency – the article in the nation-state law that talks about ingathering of the exiles and aliyah. You are attacking the nation-state law now, but the Law of Return has discriminated between citizens here for years. Where were you all that time? “I’m ready to deal with the Law of Return, to argue with it,” Burg says, adding that he supports a “very considerable annulment” of its stipulations. “I want all the people who come to Israel to do so by means of some sort of general citizenship law, not through the Law of Return. The Law of Return will remain as a clause: If a person and a community are persecuted for their Jewishness, they will have a fast track” to citizenship.’

‘In other words, as opposed to what the majority of traditionalist and religious people feel in this country, you believe that “marriages of assimilation” are desirable? “I am in favor of preserving ideas and values, and not engaging with sex and genetics. Imagine that world peace extends from the Emirates and Gaza to the outskirts of New York. No one wants to annihilate us anymore – a situation, by the way, that has existed for 30-40 years, only it’s being concealed from us. And then, for the first time, the Jewish people would face the question: Does it know how to survive without an external enemy? We can survive only when there is an enemy. Give me a war, a holocaust or a pogrom – I know what to do. I say that we need to develop a completely different language, a non-contrarian language, where some members of other communities come and marry us and some of us marry them. I also want to assume that the communities that intermarry kill each other less.”’

‘Burg’s reference to a Jewish-Arab partnership does not stop at the Green Line. “The validity of the two-state solution has expired,” he says. Today he advocates a single state for Palestinians and Jews: Because there is no possibility of achieving two states, the millions of Palestinians who live in the West Bank and the Gaza Strip need to be granted, at the very least, the right to vote for the Israeli parliament.
Do you think that would be a guarantee of a successful democracy? “If you had asked me in June 1967 how many years it would take until we got out of the Palestinians’ life, I would have said two months, maybe half a year. It’s been 53 years. So I say to you, give me [another] 53 years to forge the relations between the nations. Can we reconstruct foundations of trust in 53 years? Maybe we can. I am asking for the same amount of time it took to spoil things, in order to fix them.” Doesn’t your position reflect someone whose heart was broken by the Israeli project? “On the contrary, it’s a suggestion for an alternative. I say that the project is stuck. And I am not stuck in more-of-the-same. It’s optimistic thinking.”’

To what which collective do you want to belong? Let’s start with that.

As a holder of a passport you have certain entitlements (to vote for example) and sometimes some obligations, a US person is obliged to pay taxes in the US whether he lives in that country or not, does that make you part of a collective? In a loose way yes, as Arendt wrote by living permanently in a certain country you accept, you should accept the historical responsibilities of that country and we should not confuse responsibility with guilt.
By accepting my Jewish identity, I accept the fact that others might out me as a Jew, it’s a preemptive strike.