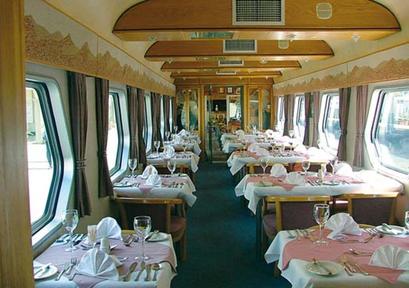 On night trains – Anthony Lane a few months ago in The New Yorker:

‘To go by rail, by contrast, involves dining at home, then catching the ten-past-eleven on Monday night, from Milan’s central station. Again, your own space, with a sleeping compartment to yourself, will be expensive, at two hundred and seventy dollars. If you don’t mind sharing with another man, however, the price plummets to ninety-three dollars. A steal. Unfortunately, you do mind, since that other man, in your shuddering imagination, is sure to be a catarrhal insomniac with complex gastric issues and featherlight fingers. A stealer.’

‘The third reason to choose a sleeper train—and the most compelling—is no more practical than the taste of a peach. At stake, you might say, is a sense of latent adventure. Although it is unlikely, as you clatter through the night, that anything of note will befall you, the prospect that it could feels ever present, just out of sight beyond the next curve of the track. To remain awake to that possibility, even as we’re meant to be sleeping, is the privilege that beckons some of us back, year after year, to this awkward and beguiling locomotion.
No wonder trains and movies make such cozy bedfellows—so cozy that a train zipping through the darkness, with windows illuminated, actually looks like a strip of film. Plots, laid down on rails, dash ever onward; anticipation rises like steam. Consider Claudette Colbert, in “The Palm Beach Story,” who falls in with the rowdy millionaires of the Ale and Quail Club. Sweeping her up as a mascot, and boarding the 11:58 from Penn Station with a pack of hounds, they think nothing of firing their shotguns at crackers, tossed up by a bar steward like clay pigeons. As for Hitchcock’s “The Lady Vanishes,” the lady in question is a grandmotherly secret agent, who, before she disappears, daubs her name on the misted window of the dining car. A ridiculous method, in any other time and place, of leaving your mark; on a night train, though, it seems only right and proper.
If you don’t believe me, you have to believe Cary Grant. In “North by Northwest” (more Hitchcock), he boards the Twentieth Century, from New York to Chicago, without a ticket. By chance—or so he thinks—he meets Eva Marie Saint, first in the corridor and then in the dining car, where he orders a Gibson and, on her recommendation, the brook trout. The two of them return to her compartment, where, during a police inspection, she conceals Grant in the foldaway top bunk. Later, as daylight fails, they lean against the wall of the compartment and kiss, over and over, her hands caressing the back of his neck. “Beats flying, doesn’t it?” he says to her. Sure does.’

My best night train experience was on the train from Windhoek to Swakopmund in Namibia, summer of 2005.
Well-to-do tourists and some lost businessmen acting as if they’re on the Orient Express from Istanbul to London.
A lady I was seated next to in the dining car declared: ‘This is my birthday present, I gave it to myself.’