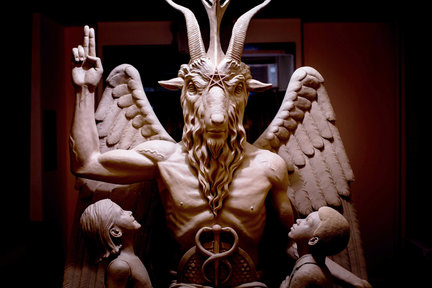 On The Journey of Ashli Babbitt – Bellingcat:

‘Ashli Babbitt, a 35-year-old Air Force veteran, was shot and killed by Capitol Police while attempting to enter the Speaker’s Lobby on the second floor of the US Capitol in Washington D.C. on January 6, 2021. Babbitt was part of a thousands-strong mob that stormed the building after the conclusion of the #StopTheSteal rally at the Washington Monument earlier in the day.
At that event, President Donald Trump had encouraged rally goers to head to the Capitolto protest the certification of the 2020 presidential election. His comments came after weeks of false and inflammatory statements to the effect that he had won the election, and that his enemies had rigged it against him.
Babbitt’s shooting was captured on several videos that were recorded and shared by people in the crowd. Her own social media history also reveals her movements on the morning and afternoon of January 6. But looking back further shows an ideological journey that saw her travel from stating she had backed President Barack Obama to engaging in damaging right-wing conspiracy theories.
We have looked at Babbitt’s social media footprint, as well as other open source information, to trace both journeys.’

‘In terms of her views, Ashli Babbitt probably didn’t stand out from the crowd massed at the U.S. Capitol. And that is precisely why the story of her political awakening—well told through her activity on Twitter—is so instructive in understanding what brought that crowd together.

Over the past five years, a potent MAGA online subculture appears to have transformed this former Obama voter, who turned to Trump over a dislike of Hillary Clinton, into a QAnon follower ready to storm the Capitol. In a Twitter exchange on November 15 2018, Babbitt said that she had voted for President Obama, calling him “our president” and saying that he had done “great things”’

‘Like nearly all QAnon followers, she believed the election results were rigged and that Trump had won, but that wasn’t Babbitt’s only motivation to attend the January 6 rally. She first announced she’d be in attendance by replying to a post that reads, “We will not let the children be forgotten.”’

‘As Babbitt lay dying on the floor, her fellow members of the crowd pulled out their phones and began to film, illuminating her body with the lights of their devices. Babbitt passed away soon after.’

Read here more about her background.

Some people still tend to explain so-called protest votes in Europe and the US terms of economy, we can learn from this story and many others that economy is playing a minor role. Much more important is a sense of purpose.
Of course, this can be said about all kinds of idealism and based on the Twitter feeds we could once again conclude that idealism can also be a dark force.

QAnon offers an alternative religion, without a clear God but with a fairly clear Satan or I should say a couple of Satans. Remember the sign Wednesday with ‘Nancy Pelosi is Satan.’

To feel good about yourself some of us need a Satan they can fight, many of us I would say.

The need of enemies, the need to find a Satan is overwhelming.