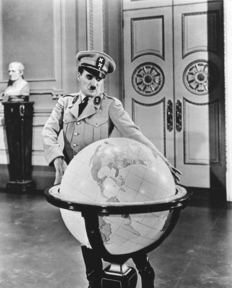 On hyperboles – Timothy Snyder in NYT:

‘People believed him, which is not at all surprising. It takes a tremendous amount of work to educate citizens to resist the powerful pull of believing what they already believe, or what others around them believe, or what would make sense of their own previous choices. Plato noted a particular risk for tyrants: that they would be surrounded in the end by yes-men and enablers. Aristotle worried that, in a democracy, a wealthy and talented demagogue could all too easily master the minds of the populace. Aware of these risks and others, the framers of the Constitution instituted a system of checks and balances. The point was not simply to ensure that no one branch of government dominated the others but also to anchor in institutions different points of view.
In this sense, the responsibility for Trump’s push to overturn an election must be shared by a very large number of Republican members of Congress. Rather than contradict Trump from the beginning, they allowed his electoral fiction to flourish. They had different reasons for doing so. One group of Republicans is concerned above all with gaming the system to maintain power, taking full advantage of constitutional obscurities, gerrymandering and dark money to win elections with a minority of motivated voters. They have no interest in the collapse of the peculiar form of representation that allows their minority party disproportionate control of government. The most important among them, Mitch McConnell, indulged Trump’s lie while making no comment on its consequences.

Yet other Republicans saw the situation differently: They might actually break the system and have power without democracy. The split between these two groups, the gamers and the breakers, became sharply visible on Dec. 30, when Senator Josh Hawley announced that he would support Trump’s challenge by questioning the validity of the electoral votes on Jan. 6. Ted Cruz then promised his own support, joined by about 10 other senators. More than a hundred Republican representatives took the same position. For many, this seemed like nothing more than a show: challenges to states’ electoral votes would force delays and floor votes but would not affect the outcome.’

‘For some Republicans, the invasion of the Capitol must have been a shock, or even a lesson. For the breakers, however, it may have been a taste of the future. Afterward, eight senators and more than 100 representatives voted for the lie that had forced them to flee their chambers.’

‘Social media is no substitute: It supercharges the mental habits by which we seek emotional stimulation and comfort, which means losing the distinction between what feels true and what actually is true.’

‘Like historical fascist leaders, Trump has presented himself as the single source of truth. His use of the term “fake news” echoed the Nazi smear Lügenpresse (“lying press”); like the Nazis, he referred to reporters as “enemies of the people.” Like Adolf Hitler, he came to power at a moment when the conventional press had taken a beating; the financial crisis of 2008 did to American newspapers what the Great Depression did to German ones. The Nazis thought that they could use radio to replace the old pluralism of the newspaper; Trump tried to do the same with Twitter.’

‘In November 2020, reaching millions of lonely minds through social media, Trump told a lie that was dangerously ambitious: that he had won an election that in fact he had lost. This lie was big in every pertinent respect: not as big as “Jews run the world,” but big enough.’

‘It’s not just that electoral fraud by African-Americans against Donald Trump never happened. It is that it is the very opposite of what happened, in 2020 and in every American election. As always, Black people waited longer than others to vote and were more likely to have their votes challenged. They were more likely to be suffering or dying from Covid-19, and less likely to be able to take time away from work. The historical protection of their right to vote has been removed by the Supreme Court’s 2013 ruling in Shelby County v. Holder, and states have rushed to pass measures of a kind that historically reduce voting by the poor and communities of color.’

‘The Democrats, today, have become a coalition, one that does better than Republicans with female and nonwhite voters and collects votes from both labor unions and the college-educated. Yet it’s not quite right to contrast this coalition with a monolithic Republican Party. Right now, the Republican Party is a coalition of two types of people: those who would game the system (most of the politicians, some of the voters) and those who dream of breaking it (a few of the politicians, many of the voters). In January 2021, this was visible as the difference between those Republicans who defended the present system on the grounds that it favored them and those who tried to upend it.’

‘The lie outlasts the liar. The idea that Germany lost the First World War in 1918 because of a Jewish “stab in the back” was 15 years old when Hitler came to power. How will Trump’s myth of victimhood function in American life 15 years from now? And to whose benefit?’

‘Trump’s coup attempt of 2020-21, like other failed coup attempts, is a warning for those who care about the rule of law and a lesson for those who do not. His pre-fascism revealed a possibility for American politics. For a coup to work in 2024, the breakers will require something that Trump never quite had: an angry minority, organized for nationwide violence, ready to add intimidation to an election. Four years of amplifying a big lie just might get them this. To claim that the other side stole an election is to promise to steal one yourself. It is also to claim that the other side deserves to be punished.
Informed observers inside and outside government agree that right-wing white supremacism is the greatest terrorist threat to the United States. Gun sales in 2020 hit an astonishing high. History shows that political violence follows when prominent leaders of major political parties openly embrace paranoia.’

‘Democracy is not about minimizing the vote nor ignoring it, neither a matter of gaming nor of breaking a system, but of accepting the equality of others, heeding their voices and counting their votes.’

I admired Snyder’s book ‘Bloodlands’ but the consequent use of hyperboles in this essay appears to be working against the message of the essay, which is laudable but rather old-fashioned and predictable.

Yes, the past can enlighten the present, but the Hitler and Nazi metaphors are usually just laziness and attempts at shocking, the problem is these metaphors have become tiresome, at best.

I’m not sure if Mr. Snyder wants to be in the company of these men. And I hate to break the news, but Mr. Trump was not as good in killing people as quite a few of his predecessors.

Comparing Trump to Hitler doesn’t enlighten the present, it makes the past much more pleasant than the past should be. Call it, trivializing the past.
Speaking of which, Mr. Schwarzenegger compared the event last week ‘as an Austrian’ with the Kristallnacht. Some people applauded this metaphor. I would say it was an attempt at whitewashing the Kristallnacht.

The same can be said about the word fascism. Some people are so eager to use the word fascists (all enemies are fascists), so they can feel a bit better about themselves. Mr. Snyder appeared to have entered this cult.
Yes, democracy is under siege, in the U.S. and elsewhere, but if we label all the fanatic and less fanatic enemies of democracy ‘fascists’ we might soon reach the conclusion that humanity itself is a fascist movement.

The distinction between ‘gamers’ and ‘breakers’ within the Republican party is not without merits, but wouldn’t it have been helpful to mention that this could happen with the help of quite a few Democrats? Yes, racism is a huge problem in the US and elsewhere and politicians in the US, in the last decades especially politicians from the Republican party, have used racist statements and racist policies to attract certain voters and to secure their power. But racism is not the explanation for all that is undesirable in this world.
After all the hyperboles and the excitement about the old Hitler and the new one the moral lesson at the end of the essay is rather tame. To be fair, Mr. Snyder states that Mr. Trump is not a true fascist, because he alienated the army.
Democracy is accepting other people’s equality. Yes, very much so. (Interestingly enough, Mr. Snyder appears not to be very much interested why people would vote for Big Satan and his enablers, also he appears to believe that minority voters will never or almost never vote Republican, which is just not true, see the last election, this is also a rather unpleasant prejudice. Even without any voter suppression it’s feasible that a dangerous demagogue would win the election.)
I was a bit disappointed that Mr. Snyder didn’t end his essay by advising the reader to open the window and shout: ‘Go away, Big Satan, go away now.’