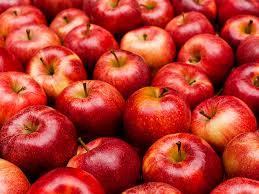 On some minor side effects of Brexit – Jon Henley in The Guardian:

‘Officials wearing high-visibility jackets are shown explaining to startled car and lorry drivers at the Hook of Holland ferry terminal that since Brexit, “you are no longer allowed to bring certain foods to Europe, like meat, fruit, vegetables, fish, that kind of stuff.” To a bemused driver with several sandwiches wrapped in tin foil who asked if he could maybe surrender the meat and keep just the bread, one customs officer replied: “No, everything will be confiscated. Welcome to Brexit, sir, I’m sorry.”’

It’s a minor side effect, the fact that the driver was bemused is proof of it.

It’s also proof of the futility of most sovereignty in the 21st century.

Leave your ham sandwiches and your apples on the train or on the plane or eat them quickly before you arrive in the foreign country.

Of course, we don’t know if the British are more lenient towards Europeans, eh people come from the EU travelling to the United Kingdom with a ham sandwich in their pockets, probably not. It’s still an eye for an eye isn’t it?

The war on terror continues, but the war against ham sandwiches, apples and herring hast just begun.