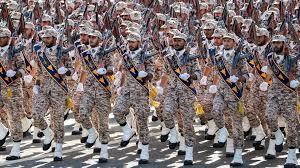 On repairs and a doctrine – Zvi Bar'el in Haaretz:

‘Following Biden’s inauguration on Wednesday, the Iranian nuclear issue becomes the main question preoccupying the world, particularly Israel and the Arab countries. Biden is bringing the Iranian elephant to the White House. He has declared his intention to bring the United States back into the nuclear agreement, from which President Donald Trump withdrew. The new president has made this the most important plank of his anticipated foreign policy – and made it his most important test.
Statements on the election campaign trail tend to get revamped and reformulated when the candidate becomes president. The year 2021 doesn’t look like 2015, when the nuclear agreement was signed, and Biden would face some difficult challenges on the way in rejoining the nuclear pact, among them whether he would agree to lift the sanctions that Trump imposed. In the process, Biden would lose his primary source of leverage on Iran.’

‘It’s true that the United States is not responsible for the internal rifts and wars in the region. Nor did it cause the Arab Spring, which has metastasized to every Arab country.
On the other hand, the Obama administration was shockingly apathetic to Syrian President Bashar Assad’s methodical slaughter of his own citizens. The Obama administration also disassociated itself from Afghanistan after assassinating Osama bin Laden and had a superficial approach to the war in Yemen.’

‘All of this also raises the question as to whether Biden is seeking to repair the world or whether he will get sucked into the whirlpool that Trump bequeathed him and simply try to fix a few defective parts. In other words, will Biden have a doctrine or just a garage making roadside repairs?’

Yes, Iran might be on the table. More than most people think at the moment. Didn’t we read about Iran’s urgent need to take revenge for some high-profile assassinations in the last years or so? Revenge off the table? Or just postponed?

Yes, Syria is considered by most people a last cause. So is the Palestinian-Israeli conflict by the way. The time that this conflict was like a litmus test of morality is a long long time ago. Injustices and a more lor less borderless country (Israel) can continue forever as far as the world is concerned, as long as superficial calm continues. And please, no more killings and military actions than absolutely necessary. On the other hand, Israel operates in (or at least above) Syria with impunity and so does Russia.

Iran is a different case. A war that nobody wants can still happen and even though I’m not sure that certain people's obsession with the Iranian atomic bomb is completely rational, I would say it’s not, Biden cannot afford to ignore Iran. For one, a war with conventional weapons can be as disastrous.

I defended Obama’s inaction regarding Syria, but after four years of Trump this kind of apathy has become less palatable.

America is going to engage with the world again, by signing international agreements, but even though the time of the neocons won’t come back anytime soon, military action has always been one of the most natural ways of the empire to engage with the world. And the empire is back. Reluctantly, but still. You don't need a doctrine for that, just trying to repair some damage will do.