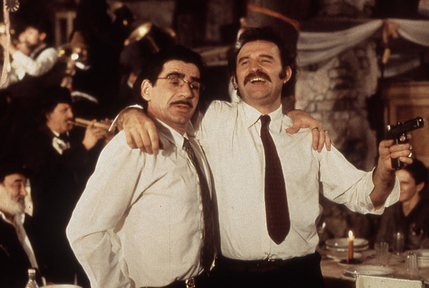 This morning – one does strange things in the morning these days – I had a conversation with some people, let’s say acquaintances, about Emir Kusturica’s movie ‘Underground,’ which won the Palme d’Or in Cannes in 1995. Kusturica was already controversial at that time, the French intellectual Finkielkraut, who lately himself became once again controversial, attacked the movie for political reasons, obviously. Esthetic failures are rarely enraging intellectuals.
By the way, I have a certain fondness for controversial men, probably more for Kusturica than for Finkielkraut.
I saw ‘Underground’ many years ago, I liked it a lot. Time to see it again.
History is a vaudeville act, just take the killings seriously.