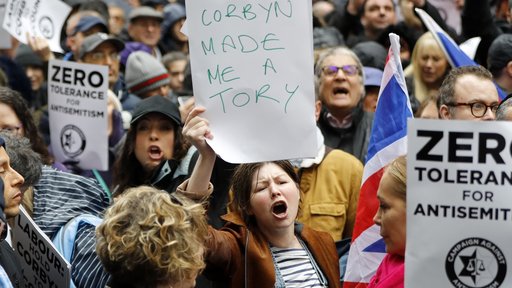 On privilege – David Baddiel in TLS:

‘I’m going to give you some examples of a recurring phenomenon. In August 2020, the Observer published a review of the screenwriter Charlie Kaufman’s first novel Antkind by the critic Holly Williams. It wasn’t a very positive review, criticizing the book mainly because the narrator operates from what Williams calls a “white-male-cis-het perspective”. In other words, self- evidently white and male and, less self-evidently, possessed of a gender that is neither trans nor non-binary, and a sexuality that is straight. Anyone occupying this square of characteristics is considered, by those who assume that all social structures are underpinned by power, to be privileged. White-male-cis-hets have four headstarts in life. A book written uncritically from a white-male-cis-het perspective would routinely be marked down by a platform like the Observer, keen always to re-centre the cultural conversation away from that square.
However, the narrator of Antkind is called B. Rosenberger Rosenberg. He describes himself early on as having a “rabbinical” beard, as “Jewish-looking”. Perhaps even more of a giveaway, at one point he wears a tie with the slogan “100% Kosher”. There are numerous occasions when characters behave antisemitically towards him, assuming his behaviour to tally with Jewish stereotypes, whispering “Jew” under their breath as he leaves rooms, or shouting “Fuck you, Hebrew!” directly at him. But in the Observer review, there is no mention of his Jewishness, or the issue of Jewishness in the book in general, despite it including – thank you, Kindle – sixty mentions of the word “Jew”, and ninety of the word “Jewish”. And, of course, Charlie Kaufman himself is Jewish. But I guess none of this, for the reviewer, had any bearing on B. Rosenberger Rosenberg’s “white-male-cis-het” perspective: no bearing, that is, on his privilege.’

‘Earlier last year, following the spate of statues being toppled as part of the Black Lives Matter protests, a protester a long way from Minneapolis – in Broadstairs, Kent – sprayed the words “Dickens Was A Racist” on the Dickens House Museum. The protester was called Ian Driver and he was prompted by a letter that Dickens had written decrying the Indian Mutiny in 1857. Unquestionably, the letter is racist. However, it is strange that Driver had to go all the way to a relatively obscure piece of correspondence by Dickens to become inflamed by his racism, when, in Oliver Twist, in plain sight, and widely known to us for many, many years, has been Fagin. But maybe he doesn’t count.
The modern, progressive cultural conversation about reassessing great writers from the past in the light of current political understanding is not of course always negative. In the case, for example, of Edith Wharton, that reassessment has recently been about upping her status in the canon, with a sense that, as a woman, she has been overlooked. Last autumn, the Guardian’s online reading group chose Wharton’s The Age of Innocence (1920) as its book for September. The next month, in The Times, Anna Murphy wrote of her love for The House of Mirth (1905) and specifically about how pleased she was that Wharton was finally being recognized as “a match” for Henry James.
This timely re-evaluation made me decide to pick up The House of Mirth for the first time. I was very much enjoying Lily Bart’s adventures in the opening few pages, until a character called Mr Rosedale – “a little Jew who had been served up and rejected on the social board a dozen times within her reminiscence” – was introduced. The issue here is not, of course, that Wharton, in her time and context, wrote things that we would now consider to be antisemitic. It is that this apparently is not deemed to be a problem for her present reclamation. Meanwhile, other types of racism that her writing might express continue, for some, to be precisely that. In an essay for the feminist website Jezebel, celebrating the centenary of The Age of Innocence, the Victorian literary scholar Rachel Vorona Cote wrote: “Excluding what Wharton’s characters – or, for that matter, Wharton herself – might have to say about my Jewish family, my whiteness supplies me with a pair of cozy blinkers that occlude the tarnishing details. Once I turn my attention to the novel’s treatment of persons of color – peripheral, dismissive – I cannot regain my uncomplicated enjoyment of it”. It is good that Vorona Cote is interrogating Wharton’s assumptions. If I was to interrogate her own, the question I would ask is: why exclude what Wharton’s characters, or Wharton herself, would say about Jews?’

‘When people talk about antisemitism, what they tend to mean is an active process. They mean a specific targeted attack, such as Nazis or white supremacists describing Jews as vermin or being responsible for all the world’s evil. Antisemitism, in most people’s minds, puts Jews right in the middle of the sniper’s sights. But what I’ve tried to outline here is a few examples of the opposite: of absences. Of something – a concern, a protectiveness, a championing, a cry for increased visibility, whatever it might be – not being applied to Jews. Sofie Hagen’s list of the most oppressed people in society is one example of that absence. And at the Labour Party conference in 2019, Dawn Butler, then the Shadow Secretary of State for Women and Equalities, presented a supercharged version of it. In a rousing close to her speech, she listed all the people who might be considered to be outside the mainstream of society, whom the Labour Party would value and protect from discrimination: If you are in social housing, if you are LGBT+, if you are straight, if you are a traveller, if you struggle to pay rent, if you wear a hijab, turban, a cross, if you are black, white, Asian, if you are disabled, if you don’t have a trust fund, if you didn’t go to Oxbridge, if you are working class, if you are under eighteen, if you are aspirational, if you work, if you are a carer, if you feel you won’t live beyond twenty-five, if you have ever ticked the other box – you have a future and you are worthy, worthy of equality, dignity and respect. And a Labour government will value you, just be your true authentic self.
This list is slightly odd in that it includes a number of categories that would already be considered mainstream, including “white” and “straight”, but maybe Butler was very keen not to alienate anyone in this particular speech. Not to leave any group out. But she did.’

‘And it is this racist mythology that is in the air when the left pause before putting Jews into their sacred circle. Because all the people in the sacred circle are oppressed. And if you believe, even a little bit, that Jews are moneyed, privileged, powerful and secretly in control of the world … well, you can’t put them into the sacred circle of the oppressed.’

Oppression competition is the last thing we need, but Baddiel is right, the antisemitic myth of (part of) the left is that Jew is too privileged to be victim of any kind of discrimination, and if it happens it’s just not worth mentioning it.