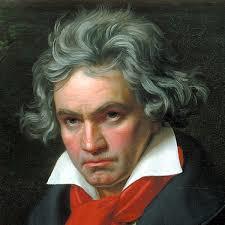 On Beethoven, language, the twitter mob, obscure journals and the human comedy, sort of – Michael Powell in NYT. (A friend sent me this article, after he had alerted me to an article about the Princeton professor and the humanities):

‘A periodical devoted to the study of a long-dead European music theorist is an unlikely suspect to spark an explosive battle over race and free speech.
But the tiny Journal of Schenkerian Studies, with a paid circulation of about 30 copies an issue per year, has ignited a fiery reckoning over race and the limits of academic free speech, along with whiffs of a generational struggle. The battle threatens to consume the career of Timothy Jackson, a 62-year-old music theory professor at the University of North Texas, and led to calls to dissolve the journal.
It also prompted Professor Jackson to file an unusual lawsuitcharging the university with violating his First Amendment rights — while accusing his critics of defamation.
This tale began in the autumn of 2019 when Philip Ewell, a Black music theory professor at Hunter College, addressed the Society for Music Theory in Columbus, Ohio. He described music theory as dominated by white males and beset by racism. He held up the theorist Heinrich Schenker, who died in Austria in 1935, as an exemplar of that flawed world, a “virulent racist” who wrote of “primitive” and “inferior” races — views, he argued, that suffused his theories of music.’

‘“We humbly acknowledge that we have much work to do to dismantle the whiteness and systemic racism that deeply shape our discipline,” the society’s executive board later stated.
At the University of North Texas, however, Professor Jackson, a white musicologist, watched a video of that speech and felt a swell of anger. His fellow scholars stood accused, some by name, of constructing a white “witness protection program” and shrugging off Schenker’s racism. That struck him as unfair and inaccurate, as some had explored Schenker’s oft-hateful views on race and ethnicity.
A tenured music theory professor, Professor Jackson was the grandson of Jewish émigrés and had lost many relatives in the Holocaust. He had a singular passion: He searched out lost works by Jewish composers hounded and killed by the Nazis.
And he devoted himself to the study of Schenker, a towering Jewish intellect credited with stripping music to its essence in search of an internal language. The Journal of Schenkerian Studies, published under the aegis of the University of North Texas, was read by a small but intense coterie of scholars.’

‘And he devoted himself to the study of Schenker, a towering Jewish intellect credited with stripping music to its essence in search of an internal language. The Journal of Schenkerian Studies, published under the aegis of the University of North Texas, was read by a small but intense coterie of scholars.
He and other North Texas professors decided to explore Professor Ewell’s claims about connections between Schenker’s racial views and music theories.
They called for essays and published every submission. Five essays stoutly defended Professor Ewell; most of the remaining 10 essays took strong issue. One was anonymous. Another was plainly querulous.’

‘Professor Jackson’s essay was barbed. Schenker, he wrote, was no privileged white man. Rather he was a Jew in prewar Germany, the definition of the persecuted other. The Nazis destroyed much of his work and his wife perished in a concentration camp.
Professor Jackson then took an incendiary turn. He wrote that Professor Ewell had scapegoated Schenker within “the much larger context of Black-on-Jew attacks in the United States” and that his “denunciation of Schenker and Schenkerians may be seen as part and parcel of the much broader current of Black anti-Semitism.” He wrote that such phenomena “currently manifest themselves in myriad ways, including the pattern of violence against Jews, the obnoxious lyrics of some hip-hop songs, etc.”’

‘Soon after, 900 professors and graduate students signed a letter denouncing the journal’s editors for ignoring peer review. The essays, they stated, constituted “anti-Black racism.” Graduate students at the University of North Texas issued an unsigned manifesto calling for the journal to be dissolved and for the “potential removal” of faculty members who used it “to promote racism.” University of North Texas officials in December released an investigation that accused Professor Jackson of failing to hew to best practices and of having too much power over the journal’s graduate student editor. He was barred from the magazine, and money for the Schenker Center was suspended.’

‘“Everything has become exceedingly polarized and the Twitter mob is like a quasi-fascist police state,” Professor Jackson said in an interview. “Any imputation of racism is anathema and therefore I must be exorcised.” This controversy raises intertwined questions. What is the role of universities in policing intellectual debate? Academic duels can be metaphorically bloody affairs. Marxists slash and parry with monetarists; postmodernists trade punches with modernists. Tenure and tradition traditionally shield sharp-tongued academics from censure.
For a university to intrude struck others as alarming. Samantha Harris, a lawyer with the Foundation for Individual Rights in Education, or FIRE, a free speech advocacy group, urged the university to drop its investigation.She did not argue Professor Jackson’s every word was temperate.’

‘Schenker, who was born in Galicia, part of the Austro-Hungarian empire, was an ardent cultural Germanophile and given to dyspeptic diatribes. He spoke of the “filthy” French; English, and Italians as “inferior races”; and Slavs as “half animals.” Africans had a “cannibal spirit.” Did his theoretical brilliance counter the weight of disreputable rages? Professor Ewell argued that Schenker’s racism and theories are inseparable. “At a minimum,” he wrote in a paper, “we must present Schenker’s work to our students in full view of his racist beliefs.” The dispute has played out beyond the United States. Forty-six scholars and musicians in Europe and the Middle East wrote a defense of Professor Jackson and sounded a puzzled note. Professor Ewell, they wrote, delivered a provocative polemic with accusations aimed at living scholars and Professor Jackson simply answered in kind.’

‘Professor Ewell, who also is on the faculty of the City University of New York Graduate Center, declined an interview with The Times. He is part of a generation of scholars who are undertaking critical-race examinations of their fields. In “Music Theory and the White Racial Frame,” the paper he presented in Columbus, he writes that he is for all intents “a practitioner of white music theory” and that “rigorous conversations about race and whiteness” are required to “make fundamental antiracist changes in our structures and institutions.” For music programs to require mastery of German, he has said, “is racist obviously.” He has criticized the requirement that music Ph.D. students study German or a limited number of “white” languages, noting that at Yale he needed a dispensation to study Russian. He wrote that the “antiracist policy solution” would be “to require languages with one new caveat: any language — including sign language and computer languages, for instance — is acceptable with the exception of Ancient Greek, Latin, Italian, French or German, which will only be allowed by petition as a dispensation.” Last April he fired a broadside at Beethoven, writing that it would be academically irresponsible to call him more than an “above average” composer. Beethoven, he wrote, “has been propped up by whiteness and maleness for 200 years.”’

‘As for Schenker, Professor Ewell argued that his racism informed his music theories: “As with the inequality of races, Schenker believed in the inequality of tones.” That view is contested. Professor Eric Wen arrived in the United States from Hong Kong six decades ago and amid slurs and loneliness discovered in classical music what he describes as a colorblind solace. Schenker held a key to mysteries.
“Schenker penetrated to the heart of what makes music enduring and inspiring,” said Professor Wen, who teaches at the Curtis Institute of Music in Philadelphia. “He was no angel and so what? His ideology is problematic but his insights are massive.” How this ends is not clear. The university report portrayed Professor Jackson as hijacking the journal, ignoring a graduate student editor, making decisions on his own and tossing aside peer review.
A trove of internal emails, which were included as exhibits in the lawsuit, casts doubt on some of those claims. Far from being a captive project of Professor Jackson, the emails show that members of the journal’s editorial staff were deeply involved in the planning of the issue, and that several colleagues on the faculty at North Texas, including one seen as an ally of Professor Ewell, helped draft its call for papers.
When cries of racism arose, all but one of those colleagues denounced the journal. A graduate student editor publicly claimed to have participated because he “feared retaliation” from Professor Jackson, who was his superior, and said he had essentially agreed with Professor Ewell all along. The emails paint a contradictory picture, as he had described Professor Ewell’s paper as “naive.” Professor Jackson hired a lawyer who specialized in such cases, Michael Thad Allen, and the lawsuit he filed against his university charges retaliation against his free speech rights. More extraordinary, he sued fellow professors and a graduate student for defamation. That aspect of the lawsuit was a step too far for FIRE, the free speech group, which supported targeting the university but took the view that suing colleagues and students was a tit-for-tat exercise in squelching speech.’