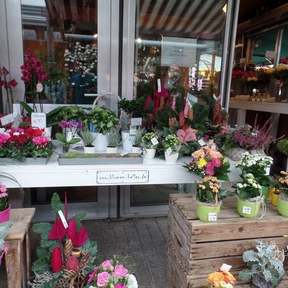 ‘And ever since the virus mutants began spreading around the globe, even the last motivation for bravery is fading: the hope that the nightmare will soon end thanks to vaccination. Because as incredibly fast as it was possible to find and produce vaccines, the mutants were faster. And they are still faster.’

‘It’s like a whole new pandemic has begun with the mutants. Things had been looking pretty good in Germany: The incidence rate was falling and continues to fall, and the measures seem to be working. But now, still invisible in the mountain of case numbers, the highly contagious mutants are spreading, most notably B.1.1.7, the virus variant that overran the United Kingdom in a matter orfweeks and led Portugal to have the highest incidence levels in the world. It will inevitably dominate infection trends in Germany, as well. The question is no longer whether the dangerous mutants will run rampant, only when.’

‘What, then, is the country facing? It’s as if the pandemic has transported us into a weird state of limbo where people who are already pandemic-weary, frustrated and angry are granted a brief respite in which everything now depends on how they behave and decide to act.
It is possible to stop the mutant through a hard lockdown, as we are currently seeing in the UK and Ireland. But it is not possible to sustain that lockdown until a larger proportion of the population finally gets vaccinated in the summer or autumn. How much opening, then, is possible without the situation spinning out of control again? Scientists and politicians around the world are currently wrestling with that question. Last Wednesday, German Chancellor Angela Merkel and the governors of the country’s 16 states debated the issue.’

‘Still, that didn’t prevent individual governors from causing the usual local chaos in loosening the lockdown rules the day after the federal and state decisions were made. Just an example: On Saturday, flower shops were allowed to reopen in Lower Saxony. They were allowed to open in Bavaria on Sunday, too, but only because it was Valentine’s Day. On March 1, the northern state of Schleswig-Holstein will allow garden centers, zoos and nail studios to reopen.’

‘Meanwhile, in Germany, following the debacle surrounding the European Union’s vaccine orders, the government is promising to make "an offer of vaccination” to all adults by the end of summer.
The good news is that the vaccines available now provide reasonable protection against B.1.1.7, with minor declines in efficacy. But B.1.351 from South Africa and P.1 from Brazil, the so-called escape mutants, are proving to be more of a problem. The two SARS-CoV-2 variants each have another mutation in their genome: E484K. As if in some horror movie, American infectious disease specialists are now calling it the "eeek mutation.” Experiments conducted in South Africa have shown that it helps the virus trick its victims’ immune systems. Researchers there mixed the mutated viruses with the blood serum of patients who had recovered from COVID-19. It turned out that the antibodies were only able to render the mutants harmless to a small extent, meaning the South African mutant could infect people who have already been sick with COVID-19 or were at least infected with SARS-CoV-2. In other words, people who were believed to have immunity. But this also means that treatments using monoclonal antibodies will no longer work as well. And that vaccines currently available are less reliable.’

‘In Israel, doctors with the Association of Pediatricians recently sent an alarming letter to the country’s health minister. They had found that more than 50,000 children and teenagers had tested positive for SARS-CoV-2 in January – the largest number ever, even more than in the first and second waves. Cyrille Cohen of Bar-Ilan University told the British Medical Journal that since mid-December, when B.1.1.7 emerged in Israel, the proportion of new daily infections among under-10-year-olds has risen by almost a quarter. Although the vaccines haven’t been approved yet for use in children, Israel now wants to become the first country to vaccinate risk patients under 16 years of age.
Schools, which were supposed to reopen as part of Israel’s successful vaccine campaign, remain closed. "It is my opinion that we should still reopen gradually,” Cohen told the British Medical Journal, "until we understand better the infection pattern of this new variant.” Still undetected at the time in autumn, the mutant in England spread primarily through schools. Observers were astonished at the number of cases, which increased especially among children and adolescents. As the incidence continued to skyrocket in November, pubs and restaurants were closed, people were strongly encouraged to work from home and the number of social contacts allowed was restricted.
But even with all those measures in place, they were unable to stop B.1.1.7.’

‘"The more people that get vaccinated, the more likely it is that variants will spread in our country against which the vaccines aren’t as effective,” explains virologist Timm.
Vaccine manufacturers are already working at full speed on new vaccines that they hope will also be effective against the new variants. But when they are used, they also nudge the evolution of the virus correspondingly – and the more people in multiplies in, the faster that happens.
"Viruses evolve to survive," says Dublin infectious disease specialist Mallon. That’s just what viruses do. "Unless you recognize and accept that, you will never be able to fight them successfully.”’

Also, the fight between the virus and the vaccine (humans) is far from over, but if history can tell us something (the Spanish flu) sooner or later the humans will mostly have won.

Compared with one hundred years ago we are still doing much better. That might be a very small comfort, but often the small comfort is all there is.