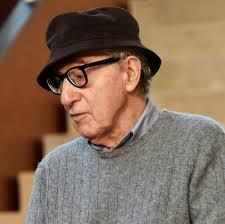 On the argument from authority and other fallacies – Charles Bramesco in The Guardian:

‘Woody Allen will not be ignored. After decades of controversy engulfing his personal life, it would have been easy enough for him to retire and enjoy what must surely be a lot of money, or to just continue working in volitive obscurity, making his ever-worsening movies in Europe for a rapidly shrinking audience. But as viewers of HBO’s new miniseries Allen v Farrow will amply learn, a refusal to back down forms a key part of the pathology animating the man referred to by the mononym of “Woody”.’

‘It decisively takes a side, too, but only once a comprehensive presentation of the information has made that much appear to be the lone reasonable option. Coupled with affecting testimonials from Mia and Dylan, telling her story with an immediacy inaccessible to her accounts in the printed word, the reportage does everything short of actually proving guilt. Dick and Ziering leave the matter a he-said-she-said, and methodically show that what he is saying is unconvincing, while what she is saying seems too well-founded (and shattering) to be doubted.’

‘But Ziering and Dick, along with a stable of interview subjects ranging from tertiary characters in the Farrow orbit to film critics contextualizing Woody’s life and works, do convey the key information authoritatively and emphatically. Mia and Woody linked up around 1980, and while he took a shine straight away to her adopted son Moses (a glaring absence in the series, like Woody himself and Soon-Yi, cast here as a coordinated opposition), he would cultivate a more fraught relationship to young Dylan, adopted by the couple in 1985. As an adult, she recounts him allegedly smashing her face into a plate of spaghetti and other enraged outbursts, an enmity which culminated in her allegation at age seven that she had been sexually violated by her father. Woody countered that the girl had been coached into a false confession by Mia, furious with him upon her then-recent discovery that he had been conducting an affair with the college-aged Soon-Yi.
One of the miniseries’ primary objectives is to expose the apparent lapses in the justice system that exonerated Woody in the 90s, even as his reputation now sinks deeper into the toilet with each passing year. He filed for custody of Moses, Ronan, and Dylan in 1992 to get Mia on the defensive, a trial that would unduly come to stand as a referendum on his innocence. Ziering and Dick question the results that shot down both his custody bid and the accusations of sexual abuse, drawing attention to a Connecticut district attorney lacking in zeal and pivotal psych evaluations since discredited. Woody’s legal team did everything in its power to cast Mia as a vindictive manipulator and Dylan as the impressionable child in her thrall, but the mainstream embrace of feminism clarifies that those attacks were largely rooted in misogynistic notions of hysterical, untrustworthy women.’

‘Did a man famed for his well-documented, self-confessed attraction to teenage girls cross a line with his daughter, or did the Farrows, one of whom has a name synonymous with defense for abused women, concoct and spend their whole lives defending a conspiracy as a spiteful response to a sexual indiscretion from nearly 30 years ago? Dick and Ziering’s presentation hones Occam’s razor to a point sharp enough to draw blood.’

If you keep on making movies above a certain age and your audience is shrinking you can be accused of pathology. And forget everything you know about illness as a metaphor.

Everything short of proven guilt, but who cares, what’s guilt and what innocence is, it is something you decide.

Who is your star witness? Well, it’s a thing called ‘the mainstream embrace of feminism,’ and this thing states clearly that the accused is guilty of misogyny and where there is misogyny there is child abuse, right? Right.

Since the historian Timothy Snyder declared that pre-fascism is here in the US (to my dismay, but people loved it) I feel free to declare that this article by Charles Bramesco is pre-Der Stürmer.

Facts are feelings, verdicts are moral intuitions and the jeers are the equivalent of ‘Meine Ehre heißt Treue.’