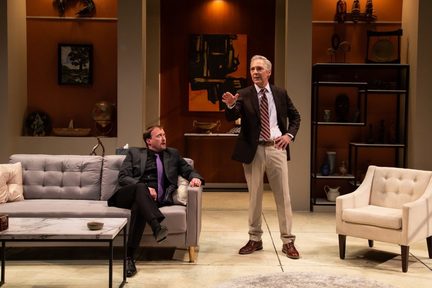 On animals and bucolic loneliness – Houman Barekat in TLS:

‘In 1758 a Royal Marine who had been convicted of “buggery upon the body of a she-goat” was pardoned by George II on the grounds that he was “an illiterate, ignorant, stupid young follow … deprived of all natural capacity and next to an idiot”. The goat, however, was deemed to have enjoyed the encounter a little too much, and was duly executed. Over a century later, the psychiatrist Richard von Krafft-Ebing asserted in his Psychopathia Sexualis (1886) that people who consort with animals are atavistic degenerates whose “constitutional neurosis” has rendered them “impotent for the normal act” of sex. Is bestiality a dangerous pathology or a mere peccadillo? The American Psychiatric Association is in little doubt: zoophilia has featured in every edition of its Diagnostic and Statistical Manual of Mental Disorders since 1980.
Joanna Bourke, a professor of history at Birkbeck, University of London, believes society should take a more nuanced approach to the matter. In her new book, Loving Animals, she points out that studies suggesting a link between bestiality and psychosis should be treated with caution due to sampling bias, because they were conducted on people already within the penal system, rather than a cross-section of the population. The sexually frustrated young farm-hand who interferes with one of his mares shouldn’t necessarily occupy the same taxonomic box as the bona fide sex pest; his indiscretion is, in the words of the psychiatrist Philip Q. Roche, an “adaptive expedient of bucolic loneliness” – a matter of circumstance rather than proclivity; contingent rather than pathological.
As Bourke explains, the taboo against bestiality has been sustained by an unlikely alliance of animal rights activists and right-wing moralists. The former object to it on animal welfare grounds, the latter because it is non-procreative and an affront to the natural order.’

(…)
‘Legal prohibitions throw up interesting definitional questions. What exactly constitutes a “beast”? The defendant in Murray v State of Indiana (1957) had copulated with a chicken, technically a fowl rather than a beast. And what counts as “sex”? Do acts of formicophilia – such as the practice of enticing ants onto a woman’s clitoris by spreading honey on her mons pubis – qualify? For the purposes of criminal law, what matters is not just the act itself but the motivation behind it: certain perfectly legal routine procedures in animal husbandry require a good deal of sexual manipulation – including acts which, were they to be carried out for personal gratification, would be criminal; the author concludes that “the difference between a bestialist and a farmer [is] a biopolitical one”.’

‘Crucially, their four-legged partners are unavailable for comment. A central plank of the argument against bestiality is that animals are inherently incapable of giving consent. Bourke readily acknowledges that “the vast proportion of human-animal sexual contact is coercive”, but she also proposes – controversially – that we might be able to infer consent from certain non-verbal cues that indicate whether or not an animal is having a good time.’

Although I am to the best of my knowledge not a zoophile I feel sympathy for Joanna Bourke’s argument.
If we can keep dogs, do horseback riding and allow animals to become emotional support animals, why not throw a tiny bit of eroticism into the mix.

Albee’s play ‘The Goat or Who is Sylvia” made a huge impression on me and convinced me that intelligent and perfectly normal people can fall in love with and have sexual desires for fourlegged creatures.

If we take diversity and inclusiveness seriously, we should reserve a seat at the table for the zoophile.