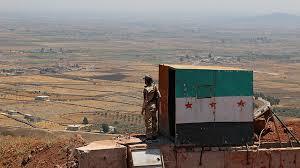 ‘When a young Israeli woman was released from detention in Syria this week, after having been arrested for crossing illegally into Syria, the official story was that she had been the beneficiary of a straightforward prisoner swap. In return for her freedom, the Israeli government announced, she had been exchanged for two Syrian shepherds captured by the Israelis.
But if this deal between two enemy states, which have never shared diplomatic relations, sounded too swift and easy, it was. In secret, Israel had in fact also agreed to a far more contentious ransom: the financing of an undisclosed number of coronavirus vaccines for Syria, according to an official familiar with the content of the negotiations.
Under the deal, Israel will pay Russia, which mediated it, to send Russian-made Sputnik V vaccines to the regime of President Bashar al-Assad of Syria, the official said. Israel has given at least one vaccine shot to nearly half its population of 9.2 million, while Syria — now entering its 11th year of civil war — has yet to begin its vaccine rollout.’

‘The deal constitutes a rare moment of uneasy cooperation between two states that have fought several wars and still contest the sovereignty of a tract of land, the Golan Heights, that Israel captured from Syria in 1967.
It also highlights how vaccines are increasingly a feature of international diplomacy. And it reflects a vast and growing disparity between wealthy states, like Israel, that have made considerable headway with coronavirus vaccines and may soon return to some kind of normality — and poor ones, like Syria, that have not.’

‘Israeli officials have said they must vaccinate their own population before turning to the Palestinians. But the Syria deal sends a different message, said Khaled Elgindy, a researcher and former adviser to the Palestinian leadership.

‘The woman, 23, crossed into Syria near Mount Hermon on Feb. 2 without initially being spotted by Israeli or Syrian forces, the official said. Her name currently cannot be published, by court order.
Israel learned that she had disappeared only when her friends informed the police that she was missing. She entered Syrian detention only after a Syrian civilian who approached her realized she was Israeli and called the police.
Israel then asked Russia — a Syrian ally with a strong military presence in the country — for help in mediating her release. Russia and Israel have coordinated during similar episodes in the past. In 2016, Russia helped mediate the return of an Israeli tank seized by Syrian forces in 1982 in Lebanon. In 2019, Moscow facilitated the return of the body of an Israeli soldier killed during the same clash, Zachary Baumel.

The woman grew up in an ultra-Orthodox family in a settlement in the West Bank, and she was said to have a history of attempting to illegally enter Israel’s Arab neighbors — once in Jordan, and once in Gaza. Both times, she was apprehended by Israeli forces, returned, questioned and warned not to do so again.’

‘In Moscow, officials had offered no confirmation of such an arrangement by late Saturday, and Russian news media carried only reports citing Israeli publications.

But the Russian government has for months been deftly using its vaccine in diplomacy from Latin America to the Middle East. As recently as Thursday Mr. Putin’s special envoy to Syria, Alexander Lavrentiev, suggested that Russia would be supplying its Sputnik V vaccine to Syria in an interview with the Tass news agency.’

Once more is established that Russia is the de facto force in Syria or at least on most of its territory.

Covid vaccines have been used and will be used not only as a diplomatic tool but also as a bargain chip.

How it is possible to cross the Israeli-Syrian border for a probably mentally instable 23-year-old is a miracle.
Haaretz described the woman as ‘a person with complicated personal circumstances.’

Netanyahu is under pressure, reports Haaretz, to pressure with the promise of vaccines for the release of the bodies of two Israeli soldiers and to captive Israelis in the Gaza strip, but probably a deal with Hamas won’t materialize anytime soon.

Covid-19 vaccines as soft power, or one should say, not so soft power.