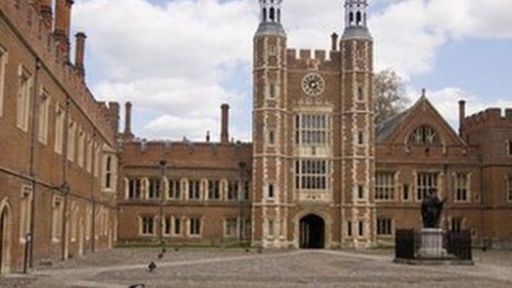 On polemical opposition – a mostly dull debate between Luuk van Middelaar and Perry Anderson in LRB but here are the highlights:

Van Middelaar: ‘Although Anderson claims otherwise, I explicitly call for ‘polemical opposition’ and for Europe to make room for it, citing the examples of Varoufakis’s dissident economic voice, as well as that of the nationalist Viktor Orbán in the migrant crisis.’

‘Even so, it would be difficult to downgrade democracy to no more than a ‘weak spot’ in the process – van Middelaar’s description of its part in the development of European integration. His salve, he explains, has been to call on Europe to make room for ‘polemical opposition’ of the kind offered by Varoufakis on economic questions and Orbán on issues of migration. But what does he actually say about them? ‘With a negotiating style consisting of economic lessons, game theory and blackmail by means of the Putin connection’, Varoufakis ‘alienated’ his country’s ‘best friends’, and incapable of understanding that eighteen democracies outnumbered one, was inevitably isolated ‘amid the Eurozone’s finance ministers’. As for Orbán, he might dig in his heels over immigration, only to find his regime condemned by an overwhelming majority in the European Parliament for flouting the rule of law. Approval of ‘polemical’ adversaries can only be nominal when their opposition is so utile.’

And yes, most if not all states, whether they are federalist or not, won’t allow any opposition that threatens the very existence of the state.
Think for example of the Federal Office for the Protection of the Constitution (Bundesamt für Verfassungsschutz) in Germany. The AfD is on the border of what is condonable in Germany. So a party like the AfD can transform into a less dangerous form of opposition – in the same way a virus can transform into a common cold – or the party will sooner or later try to replace the state. The state will eat the party, of the party will eat the state. Which outcome is the desirable outcome must be pretty clear.

It’s ironic that Van Middelaar praises Orbán as an example of permissible opposition within the EU – poor Hungarians, they pay a rather high price for this kind of opposition. And it’s also ironic that Anderson laments that Orbán is a sheep dressed in the costume of a wolf. Would he have a preferred a real wolf? Again, to many Hungarians Orbán is wolf enough.
Should we praise Trump for having shown that also in the US there is slightly more possible than manufacturing consent?

A footnote on class.

Van Middelaar: ‘His aversion to political power goes so deep that projection takes over entirely. The grandson of Brigadier-General Sir Francis James Anderson, commander of the Queen Victoria’s Own Madras Sappers and Miners (1905-9), himself duly Eton and Oxford-educated, Anderson seems puzzled that, at the age of 27, I did not know how to fix a tie, but pushes ahead regardless. He mentions I was born in Eindhoven, ‘the company town of Philips in Brabant’, intimating that I might be some rich industrialist’s scion, ready from birth to work in the service of oppression. Both my late mother, the thirteenth child of poor farmers, and my father, second son of slightly less poor farmers who ended up a defrocked priest and spent the 1970s and 1980s spicing up his sermons with Latin American liberation theology, would be surprised.’

A modest background can be cultural capital as well, mother, poor farmer’s daughter, a father who was defrocked priest with Latin American liberation theology as escape route and the opponent is ‘duly Eton and Oxford-educated’.

What’s really at stake is not the EU nor the lack of democracy within the EU, not even the question what kind of opposition is permissible, but the meeting or rather the foreplay of a meeting with on the one hand a middle-aged man from a rather provincial town in the Netherlands with vivid memories of the burning desire to climb the social ladder, and then a few decades later this desire becomes proof of authenticity and genuineness, don’t get me wrong I’m not privileged at all.
(Class or race as tokens that give you a seat on the table, after all merit is suspect.)
And on the other hand, an upper-class octogenarian, a leftist (more or less) Englishman who treats his pupil with friendly condescendence and who still believes in merit, in Bildungsbürgertum, and in his own wordiness.

Anderson: ‘Over a glass of wine, the Bildungslücke is easily remedied.’

Anyone outside Germany who uses the word ‘Bildungslücke’ is my friend.