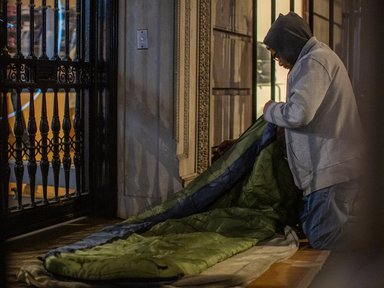 On New York – Craig Taylor in The Guardian:

‘In 2014, I moved to New York with the goal of speaking to a couple of hundred locals. In 2011, I’d published an oral history of London, and hoped to do the same for this great city: describe the experience of living there in the words of its own people. This unfeasibly large task took up my weekdays.
One Sunday, after a year in New York, I learned of a free lunch served in the basement of a church on 16th Street and Sixth Avenue. Over the course of a typical Sunday afternoon, the kitchen staff of the Welcome Table served 1,300 hot meals to anyone who asked. Those who came to eat or work at the meal would gather on the pavement beyond the church’s gabled portico. The wealthier residents of the Flatiron District mostly crossed the street to avoid the crowd, but some rushed past holding fruit juices and yoga mats.’

‘One Sunday in May, a few months after we met, Joe and I walked around the corner to a coffee shop on Sixth Avenue. He squeezed his walking frame into the small space to the right of the door. Our talk soon turned to Joe’s time in Vietnam, as it often did. He was still a marine, he said, because being a marine is never in the past tense.
“There’s a piece of metal in my left leg,” he said. It lodged there when he was blown up by a mortar in 1969; he can still feel the edge. “And do you know what I do?” he asked me. “I pick at it. Can you believe that? Why would any normal person do that?” I asked if he would go to the hospital. But he didn’t like the so-called care he’d received, the attitude. He had a problem with doctors, and nurses. And he had a problem with those who worked at reception, as well as traffic wardens, and police officers and security guards, which was why he was well known in his neighbourhood.
In the evening, when the traffic on Park Avenue started to abate, Joe would set up camp in the alcove in front of a tanning and waxing salon at Park and 23rd Street. A man who worked at a nearby hotel passed him whatever was left behind by guests. If Joe wasn’t careful, the police would question the provenance of these objects. Joe didn’t like being touched, and the cops often pushed on his shoulder and prodded his blanket at night.
When we were in the coffee shop he asked me: “Do you know what the first question is on the PTSD questionnaire? It’s, ‘Do you have a problem with authority?’” The skin of Joe’s left forearm was a plasticised swirl where the mortar had hit and peeled the skin away. Sometimes we talked about the shrapnel still in his body – more than 20 pieces, he said – which would lead back to the subject of the war. Vietnam was not just inside him, but nearby, alongside. For Joe, the smell of gasoline brought forth Vietnam, as did the sound of a traffic helicopter. Once, a nearby car backfired and Joe threw himself down on to the pavement.’

‘ Gradually I acquired a Sunday roommate. Joe would stay overnight, returning to his porch on Park for the rest of the week. He started to keep more of his belongings at the apartment. I motioned towards the stack of his bags in the corner. It had grown larger. Each weekend it seemed Joe brought another bag, and I would say: “You’ve got to do something about those.” Sometimes I felt great love for him. Once, when I stopped by when he was asleep, I saw his face given over to the cold. I’d crouched beside him that night, cramped and angry at my inability to force some sort of change. There were times I was protective. Then there were times he was like any friend, although more generous, always offering his latest gift. Did I need a stringy iPhone charger the colour of fresh spinach? Here was a map of downtown Helsinki. Would that come in handy? Here were some dress shirts – and they’re clean, Joe assured me, just a little wrinkled.
Advertisement A few years later, my visa came up. I knew I’d have to leave New York. I’d met hundreds of people. Most had said their piece and continued with their lives. But I was implicated in the lives of others. Joe still came to stay with me most Sundays, and on one of them I asked him how it would feel to finally say goodbye to New York.
“Like a breath of air,” he said, “or unloading a pack.”

I asked him: “Are there moments in New York when it’s OK? When you kind of enjoy it here?” “No. I don’t live. I exist.” “Then when is it time for both of us to leave?” “When is it time? Craig, listen to what you just asked me. I don’t call those shots. My life’s over. Every time I say that you say, ahh. You don’t want to believe anything I say.” “I believe it all, but I just don’t believe that one thing.” One day he finally broke, and I saw Joe’s anger. It was a Monday morning and I was standing at the front door of my apartment. Joe was taking forever. Since I was going to give up the place soon, I’d already escorted one of his bags down to the basement, and now I was trying to get him out the door.
“It’s 11.30am,” I said, again and again. I hoisted a bag on to the top of his cart, and then I started clicking my fingers. That was all it took. Anger is like a blossom. When it rose in Joe, it brought him up to standing posture. I was so tired of being the steward of the bags – and maybe I was the one who first said “fuck”, maybe I broke the barrier. We had never sworn around each other, but soon Joe was looking straight at me.
“Don’t you fucking snap at me,” he said. “Don’t you fucking invite me into your place to treat me like an animal.” His lip curled, and I saw that the anger was pure and unadulterated; it was survival anger.
I walked ahead, pretended to hustle to my appointment, then doubled back. Joe was in the distance, walking the other way, pushing his cart, but when I returned to the building I saw he’d stashed his bags by the door. I would never be free of these bags. I threw them into the elevator and brought them back into the apartment. I felt ashamed.’

I liked many things in this piece, needless to say one of them is New York, my New York, 23rd and Park that’s ten minutes from where I live, but what I appreciated the most was the description of the grey zone between friendship and assistance, a zone that easily turns into a war zone or at least a zone of discomfort for the two parties involved.

You don’t want to be the one who is being pitied, empathy and pity are not the same and maybe even empathy is overrated. You don’t have to understand me. There is something condescending about the phrase, ‘I understand you.’ Just see me as a fellow human being.

If you read the essay you will see that after the outburst, there is a way back to normal, to what was before the intimacy.

It was also extremely not New Yorkish to invite a stranger or even an acquaintance to your home of course. It was in this situation probably inevitable, it was what a mensch would have done but still.

I once met a woman who even refused to meet her own family in her home. She preferred hotel rooms for that.

Nothing is more intimate than a home. To enter people’s houses is like sex, maybe not with human beings, with real estate.