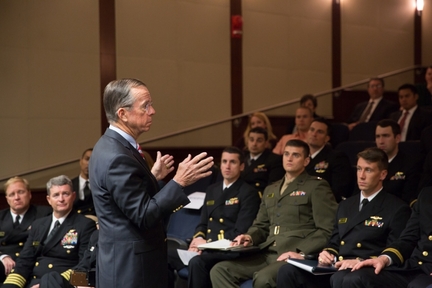 This anecdote, at the end of an article about the war in Afghanistan by Helene Cooper, Eric Schmitt and David E. Sanger in NYT is too good not to be shared:

‘The military commanders who have spent the past 20 years minding Afghanistan said that American troops executed the mission as well as anyone could have. The two-decade war effort degraded Al Qaeda and killed Bin Laden.

But the rest — nation-building, democratization, establishing an effective internal security force, defending the rights of women and minorities — may have been a step beyond any military’s capabilities.
Adm. Mike Mullen recalled a dinner he had with the Pakistani ambassador in 2007, one month before he was sworn in as chairman of the Joint Chiefs of Staff.
As Admiral Mullen left the dinner, the ambassador, Mahmud Ali Durrani, handed him a gift. It was a long, thin, oddly shaped book, done by the British just after the epic partition that divided the region along religious lines, displaced 20 million people and led to an estimated two million deaths in sectarian violence.
“You need to read this,” Mr. Durrani told Admiral Mullen.
“Why?” the admiral asked.
“Because nothing has changed,” Mr. Durrani replied.’

Nothing has changed. That’s true and not true.

But of course, the war is not over after the departure of the US troops.

My feeling is that the cost of war is less seen as an unavoidable sacrifice than a century ago. But that means first and foremost that Western countries are less willing to sacrifice their own soldiers, civilian deaths in countries far away are still seen as a nuisance at best.

Dying is for the less civilized.