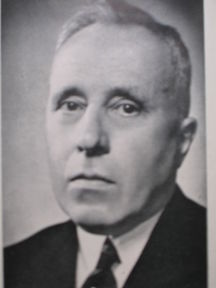 On Huizinga - Alexander Murray in TLS:

‘After ending his westwards journey in Rome, Dumézil put down his tools with a sigh because Rome had no myths of its own, only imported Greek ones. Then, to his astonishment – like that of Madame Curie when she found images on a photographic plate she had left in a drawer, and went on to discover radium – he found that all he had said of myth applied to Livy, who was meant to be history. This did not mean Livy was a fable, though some of it is. What it meant was that, in retelling stories of the Roman past, from all sources, Livy had instinctively retold those likely to give Romans a sense of who they were, and might become.
We are all ancient Romans in this regard. We accept and relish history that exposes and adjusts the otherwise unnoticed orthodoxies that govern our lives. Why should any of us, after all, then or now, bother about the past at all? There is nothing we can do about it. Absolute zero. Yet we do bother, ceaselessly, consciously or otherwise. We cannot not bother; and that is not a fact about the past, but a fact about the ever-escaping, inescapable present; and, of all facts in that large category, surely the most mysterious.’

‘Johan Huizinga is one of these immortals. The book newly translated here was published in Dutch, as Herfsttijder Middeleeuwen, in 1919, since when it has had more than twenty re-editions in Dutch, and translations into twenty-three languages. This is its third translation into English. Why three? The first translation of Herfsttij was into English, appearing in 1924 as The Waning of the Middle Ages. But was it a translation? Herfsttij had fourteen chapters, covering 561 pages. Waning doubled the number of chapters by halving the original ones, and dropped enough text, and all the references, to reduce the page-count to less than half that of the original. Huizinga was thoroughly complicit. He had sent a French summary of Herfsttij to a Paris publisher, who delayed for long enough for Huizinga to send the same summary to Edward Arnold, of London, who leapt at it, and encouraged Huizinga to recruit a well-known anglophone writer then living in Leiden, Frederick (“Frits”) Hopman, to translate Herfsttij, Huizinga working beside him throughout.
A purist grumbled that Waning was a “reader’s digest” version of its original. But Hopman had a fine sense of English, and Waning would go through ten or more English editions, almost as many American ones, and many Dutch readers preferred it to the original. Ironically, by spreading knowledge of the book, Waning also spread knowledge of its own incompleteness; though it was not until 1997 that anglophones did anything about it, when two American scholars joined to produce a new English translation, this time complete. It ran to 560 pages, with a title restoring season to the original, as The Autumn of the Middle Ages. Critics welcomed the completeness, though some cavilled at infelicities in the translation.’

‘The answer this time can be found here in an epilogue to the translation. It is by Graeme Small, professor of medieval history in Durham, and an acknowledged authority on late medieval France and Flanders. He gives an outline of Huizinga’s life, and the place of Herfsttij in it. (I use the Dutch title to avoid playing umpire between English ones.) Huizinga was born in 1872 in Groningen, where his father was a professor of physiology. “Han” – Johan’s family nickname – excelled in all academic subjects at school. Outside school, he devoured the books on anthropology his father found for him. History hardly featured among the schoolboy’s interests. Instead, he left school having mastered the elements of Arabic, and now set his sights on Sanskrit. His father discouraged him, on the ground that paid employment might be in short supply. Johan was not discouraged. After a spell among the orientalists of Leipzig, he returned to Groningen to win its PhD cum laude, for a thesis on the role of the court jester in early Indian drama. His father had nevertheless been right. After narrow defeat for the one Sanskrit academic post then on offer, Huizinga became a schoolteacher. He was to teach history in the town school of Haarlem. “It was as a schoolteacher”, he would write later, that “for the first time in my life I was forced to form some sort of overall picture of general history.” To judge from his reading, he was “forced”, similarly, to study the philosophy and methodology of history.
But Groningen had not forgotten its son. From 1905 onwards, Huizinga would hold university appointments, in Groningen first, later in Leiden; and this time the appointments were specifically in history. They were not specific about period or topic. Huizinga lectured on nineteenth-century Russia, the Dutch East India Company, England in the seventeenth century, and the French Revolution, with nothing nearer to the Middle Ages than the Crusades and the Italian Renaissance. The bias was not abnormal. The war of independence against Spain gave Dutch historians plenty to write about, leaving earlier centuries in shadow from an orthodoxy, emanating from the German historiographers, that earlier times were best studied through charters. Huizinga worked briefly on Haarlem’s charters, but came away with a view that, studied this way, the fifteenth century would look much like the eighteenth. So he plunged back into the philosophy and methods of history, contracting an admiration, big with consequence, for Jacob Burckhardt’s Civilization of the Renaissance in Italy (1860).’

‘The result came out in 1919, with qualities which reflected its genesis. An unusually brilliant and thoughtful young man had parachuted into “the age of Burgundy”, armed with skills acquired elsewhere. Herfsttij is all but bare of references to contemporary academics – which may be one reason it escaped their obsolescence. Instead, Huizinga lived day and night with his medieval witnesses, and wrote what they told him as it struck his own mind and heart. We share the impact, from the very first chapter onwards: “Life’s Fierceness” (“The Violent Tenor of Life” in Waning), shocking us with the extremes of emotion ritually played out in the public life, where much the same crowds will at one moment bellow encouragement to executioners to drag out the tortures of their victims, and, at another, listen day after day, in floods of tears, to the sermons of St Vincent Ferrer on Christian mercy. Every chapter has its abstract title (“The Hierarchical Conception of Society”, “The Representation of All Things Holy”, and so on), given flesh-and-blood reality by a cannonade of arresting examples, their significance often encapsulated in two snappy words. Italian humanism had native roots, but its northern counterpart was a “parlour game”, a “child born old”; chivalrous conventions were “applied literature”; and more. His prose unites precision with passion in areas which commonly pull them apart, like his period’s “saturation” with religious imagery. This was a mark and accessory of “profound faith”, to be sure; but it presupposed a measure of exertion and “actual transcendence”, without which “everything that was intended to awaken the sense of God lapses into a terrifying, humdrum unholiness, a startling this-wordliness in otherworldly forms”.’

‘The point, ultimately, is that very notion of “the waning of the Middle Ages” is illusory. Our species keeps itself alive by cutting up and ingesting unconscious remnants of other species; and we do the same with history. We cannot ingest it without cutting it into “periods”. Some arrive with self-chosen fancy labels; others, with a “junk” label slapped on by a smug successor. No one in “the Middle Ages” thought they were in the middle of anything. With a change of lighting, another book could be written – some have been – portraying Huizinga’s period as a burgeoning springtime, big with the future. (Some of these pictures, printed or engraved, give the game away.)
To portray it as springtime would be equally subjective. That does not mean wrong. All it means is that even great books like Autumntide cannot tell us all the truth. There is a lot hidden behind. It is here that historia turns back to her mother, asking if she can do any better.’

I haven’t read ‘Herfsttij’ but now I want to do it.

We live with myths, especially then when we believe we have outgrown them.

As to these words: ‘…where much the same crowds will at one moment bellow encouragement to executioners to drag out the tortures of their victims, and, at another, listen day after day, in floods of tears, to the sermons of St Vincent Ferrer on Christian mercy…’