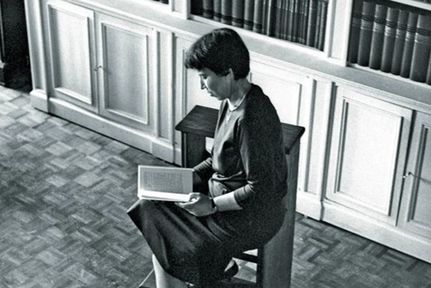 On identity, details and biography – Ruth Franklin in NYT:

‘Critics like to speak of biographies as “definitive,” but in reality there’s no such thing. Biographers aren’t stenographers; we’re more akin to novelists, constructing a narrative of a person’s life and making editorial choices at every turn. An anecdote whose importance I might overlook could be seized on by someone else as a revealing detail.
Just as female critics have noticed instances of misogyny in Mr. Bailey’s writing, a female biographer would likely have a more critical perspective on Mr. Roth’s relationships with women. A Black biographer or, for that matter, a Jewish one could have more to say about race in Mr. Roth’s fiction. This isn’t to reduce or essentialize — simply to recognize that our backgrounds affect the way we see the world, as readers and as writers.’

‘Publishers should explicitly encourage a diversity of perspectives on a person worthy of biography, and biographers who care about improving representation would do well to rethink their own roles in the system. They might begin by pledging to keep the papers of subjects where they belong: in public archives, open to any scholar prepared to devote the time and energy to working with them.
A system of shared access may sound idealistic. But it would be less far-fetched if editors and publishers, as well as the foundations that often finance biography, committed to more often supporting writers who undertake new subjects or offer original views on older ones — rather than those with access to a handful of never-before-seen letters by someone about whom many books already exist.’

That we are affected by our background is undeniable so. But background is more complicated than our current division and subdivision of the human species: male, female, non-binary, white, Black, Asian, age, et cetera. (Yes, I know intersectionality.)

We are affected but not determined by our background. And it should be stressed that we are so much more complicated than any label that can be put on us, and that seldom the labels are a genuine explanation for our behavior. (I’m not convinced at all that the Nazis killed Jews because the Nazis were mainly Germans, I side more with Browning than with Goldhagen, to give an example.)
Another white male from the south would have written probably a very different Roth biography as well.

But that archives should be open to at least all more or less serious scholars is something that would help us indeed to get more and better biographies. To have a better understanding of writers and literature.

For this to happen we also need authors who don’t feel the rather vain need to appoint a biographer.

The legacy of the author is his work. That should be judged, the life can be judged as well, but descriptions are enough I would say. The need to judge is often superfluous.