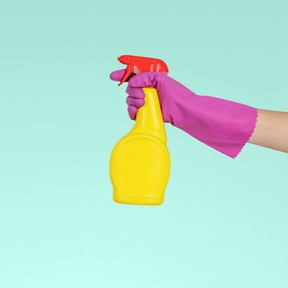 On taxes and changes - Ronald Brownstein in the Atlantic:

‘When president biden touted his economic plan in his recent speech to Congress, he spotlighted an unusual data point: “Nearly 90 percent of the infrastructure jobs created in the American Jobs Plan do not require a college degree; 75 percent don’t require an associate’s degree.” It’s hard to imagine Clinton or Obama highlighting such a fact, much less touting it as a benefit, Democratic policy experts told me. Both men centered their economic agenda on the belief that many jobs considered “low skill” were doomed to disappear, because of either automation or global economic competition. The key to sustaining middle-class incomes, they believed, was to train more Americans for higher-paying jobs in advanced industries. That conviction undergirded their support for free-trade pacts such as Clinton’s North American Free Trade Agreement and Obama’s (never realized) Trans-Pacific Partnership, which they portrayed as levers to create such jobs. “We cannot stop global change,” Clinton declared when he signed NAFTA in 1993. “We can only harness the energy to our benefit … Every worker must receive the education and training he or she needs to reap the rewards of international competition rather than to bear its burdens.” More than 20 years later, Obama distantly echoed those remarks when pushing his Asian trade deal.’

‘Reich, now a public-policy professor at UC Berkeley, tracks the party’s shifting center of gravity in similar terms. In the ’90s, the administration was “fixated on education as the magic bullet for curing widening inequality. It was the solution. And Clinton—I’m embarrassed to say, at my urging—would often say, ‘What you earn is what you learn,’” Reich told me. In retrospect, that diagnosis was “naive and inaccurate … The problems are embedded deep in the structure of how markets are organized, the decline of organized labor, the rise of monopolies, and the extraordinary power in the hands of relatively few big companies.” That view on inequality is widely shared in the Biden administration. Like Clinton and Obama before him, Biden has pushed to significantly expand access to education, including universal preschool and tuition-free community college. But the Biden team doesn’t claim that more education can be the sole, or even principal, answer to widening inequality or racial gaps in earnings. Instead, it has emphasized the link between inequality and long-term dynamics that have shifted the balance of power away from workers and toward employers. “I believe that a good-quality education is the foundation of any progress we’re going to see,” Cecilia Rouse, the chair of Biden’s CEA, told me during an interview for The Atlantic’s recent forum on race relations. But “that is not, in and of itself, sufficient.” Yellen echoed that conclusion in our interview this week: “There is more to do than simply investing in education,” she said. Questions of employees’ “power to stand up to” employers, and “a decrease in competition in the economy” must “be addressed directly as well.”’

‘Democrats have long debated whether it is preferable, on both political and economic grounds, to target new government benefits primarily at economically struggling families, versus spreading them more broadly across the middle class—typically a much more expensive proposition. Biden has long leaned strongly toward the latter strategy in that internal dispute. That instinct is clear in how broad his administration made eligibility for key benefits in the coronavirus stimulus plan Biden signed earlier this year. Americans well into the upper-middle class qualified for the $1,400 checks, enlarged child tax credit, and expanded subsidies for purchasing insurance through the Affordable Care Act. Likewise, the universal-preschool and tuition-free community-college programs he unveiled last week would operate with no income limits for eligibility.
Yet even as Biden has pushed to structure government programs in a more universal manner than Clinton or Obama generally did in terms of income, he’s moved away from their definition of universality when measured by race. Both Clinton and Obama were devotees of the prominent Black sociologist William Julius Wilson, and embraced his approach on both policy and political grounds. One of Wilson’s core beliefs was that the best way to close racial opportunity gaps is to focus on programs that offer benefits to all low-income Americans regardless of their race. His theory was that such initiatives would still disproportionately benefit minority groups with the greatest need.’

‘Janelle Jones has argued that economic policy should be assessed by what she called the“Black women best” standard: “If Black women—who, since our nation’s founding, have been among the most excluded and exploited by the rules that structure our society—can one day thrive in the economy, then it must finally be working for everyone.” Biden hasn’t adopted that rhetorical framework, nor has he advanced some of the most ambitious proposals Jones offered within it: reparations for slavery, single-payer health care, a guaranteed universal income. But, as Jones told me in an interview, Biden “is really thinking about and centering women, particularly women of color, in the economic policies he is putting forth.” Given that “three-fourths of domestic workers are women of color,” by directing resources into the care economy, “you are investing in Black and brown women and their families and their communities,” she added. “That is what will happen to that money.” (Though it’s gone virtually unnoticed, Biden has also engineered a crucial break from Clinton’s legacy by supporting the child tax credit’s extension to parents who have no income—severing the link between employment and government aid that Clinton had reinforced by imposing work requirements on welfare recipients in the ’90s.)’

‘In those days, long before the Clinton or Obama presidencies, the Democratic Party’s credo— coined by the legendary FDR adviser Harry Hopkins—was “tax and tax, and spend and spend, and elect and elect.” With an economic agenda whose total proposed cost so far has soared past $5 trillion, with trillions of dollars in tax increases to fund it, Biden has wholeheartedly embraced the first two parts of that mantra, while adding a modern twist with his greater concern for equity. The first test will come soon enough on whether the third part of Hopkins’s famous catechism still applies after that much taxing and spending.’

Tax and tax, and spend and spend, yes.

In order to keep the illusion, maybe it’s more than that, alive that the US is more than an underdeveloped nation with a few islands of prosperity and middle class something needed to be done.
Whether it would have been possible without Covid remains an open question. Interestingly enough, this article doesn’t mention Covid.

The litmus test is whether Biden will be able to establish a global minimum tax for corporations. He announced the plan, if he gets it done, it’s a clear sign that many things will change in order to keep everything more or less the same. In this case, this is not cynicism but wisdom.