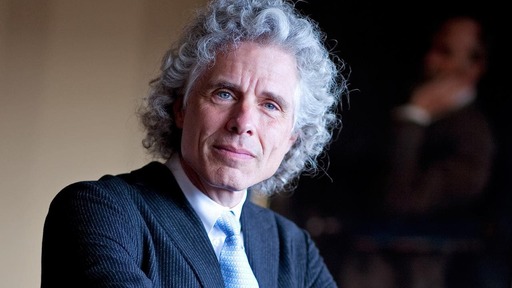 On paternalism – Ross Douthat in NYT:

‘On Long Bets, a website where prognosticators test their mettle by playing for real (or at least proceeds-donated-to-charity) stakes, there is an open bet between the British astrophysicist Martin Rees, a noted worrier over apocalyptic possibilities, and Harvard University’s Steven Pinker, famous for his vaulting optimism. For Rees to win, the following prediction must be vindicated: “A bioterror or bioerror will lead to one million casualties in a single event within a six-month period starting no later than Dec 31 2020.” The bet was made for the 2017-20 period; you will notice that its time frame has expired. And yet it remains unsettled, pending a resolution of the question that the Western media has finally decided to take seriously: Did Covid-19 somehow escape accidentally from the Wuhan Institute of Virology, rather than leaping from bats or pangolins to its human Patient Zero? So if you’re wondering how much the so-called lab leak hypothesisreally matters, and what’s actually at stake, there’s one answer: The $400 that Rees bet against Pinker on the self-destructive capacities of the human race.’

‘The Chait-Yglesias argument is that this was a case study in media groupthink, and especially the way that putatively neutral institutions increasingly cover controversial questions, as Chait puts it, “based entirely on how they believe political actors will use the answer.” In this case, because the lab leak theory was associated early on with Republican China hawks like Senator Tom Cotton of Arkansas, given prominence by conservative publications (Jim Geraghty of National Review has been an essential and evenhanded voice on the subject) and eventually picked up by the Trump administration, there was self-reinforcing pressure — among journalists who covered the story and Twitter experts who opined on it — to put the possibility in the QAnon box and leave it there.
I will leave it to the reader to consider how a similar pressure might manifest itself in other areas, from the 2020-21 murder spiketo the recent rise in anti-Semitic violence, where journalists might wish to avoid making concessions to conservative interpretations of reality.
But let me offer a narrower addition to the media critique. One key change to mainstream journalism in the Trump era was the impulse to tell the reader exactly what to think, lest by leaving anything ambiguous you gave an inch to right-wing demagogy. It was not enough to simply report, “Republican politician X said conspiratorial-sounding thing Y.” You also had to specifically describe the conspiratorial thing as false or debunked misinformation, in a way that once would have been considered editorializing, so as to leave no doubt in the vulnerable reader’s mind.’

‘This seems mistaken. Yes, if we never figure out the truth of Covid’s origins, the dangers of media groupthink will be the only lesson we can draw for absolutely certain. But if we could find out the truth, and it turned out that the Wuhan Institute of Virology really was the epicenter of a once-in-a-century pandemic, the revelation would itself be a major political and scientific event.
First, to the extent that the United States is engaged in a conflict of propaganda and soft power with the regime in Beijing, there’s a pretty big difference between a world where the Chinese regime can say, We weren’t responsible for Covid but we crushed the virus and the West did not, because we’re strong and they’re decadent, and a world where this was basically their Chernobyl except their incompetence and cover-up sickened not just one of their own cities but also the entire globe.
The latter scenario would also open a debate about how the United States should try to enforce international scientific research safeguards, or how we should operate in a world where they can’t be reasonably enforced. Perhaps that debate would ultimately tilt away from China hawks, as David Frum argues in The Atlantic, because the lesson of a lab leak would be that we actually need “more binding of China to the international order, more cross-border health and safety standards, more American scientists in Chinese labs, and concomitantly, more Chinese scientists in American labs.” Or perhaps instead you would have an attempted scientific and academic embargo, an end to the kind of funding that flowed to the Wuhan Institute of Virology from the U.S.A.I.D., an attempt to manage risk with harder borders, stricter travel restrictions, de-globalization.
Either way, this debate would also affect science policy at home, opening arguments the likes of which we haven’t seen since the era of Chernobyl and Three Mile Island about the risks of scientific hubris and cutting-edge research.’

The idea that the reader (and not only the reader) is vulnerable and must be protected is popular.
And as Douthat rightly suggests, it’s pure infantilization in the name of a common good.

It’s a bit Soviet style tactic. The reeducation of the people is not a subtle endeavor. Hammer it down.

No it’s not subtle. And, see Douthat, it’s not effective at all. But some people can go to bed with the comforting thought: we were on the right side of history, we have reeducated a few citizens.