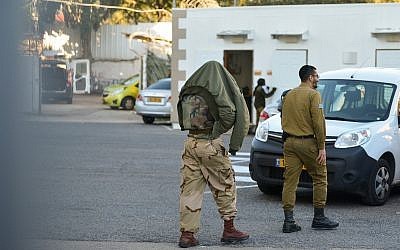 ‘Family members of the intelligence officer who died in jail in circumstances that have been placed under a gag order are furious at how far the Israel Defense Forces has gone to hide the affair from both them and the public.
Most of the soldier’s public posts on social networks have been deleted from 2018 onward, they said “The anger is at the attempt to make someone who died in military jail vanish,” said a relative. “We don’t know anything. No one has explained to us what happened. All the IDF’s conduct seems like an attempt to hide their own failures. How could they try to erase a person like this?” On Thursday, the military court cleared for publication that the officer had not been convicted of offenses including espionage or treason, and was not in contact with a foreign agent. A gag order was placed on the nature of the officer’s offense, the details of the investigation and his identity.’

All armies use gag orders, the Dutch army tried to impose gag orders in Afghanistan, not always successfully. (What did go well in Afghanistan?)
Usually, gag orders are in place in order to protect state secrets, ongoing military operations or to protect sources. The rationale behind a gag order is that life, alas, not so much the life of the enemy, is more important than freedom of press.

Why was the officer discharged?

The article hints subtly that the gag order is in place to cover-up failures inside the IDF.
Furthermore: why would it be needed to erase posts on social networks going back to 2018? In other words, why needed this officer to be silenced?

The reality turns out to be mundane very often, but maybe this time reality is more interesting than fantasy.

Now we have to wait for a foreign newspaper or magazine, The Guardian, Der Spiegel, to publish more details about this strange and fishy affair.