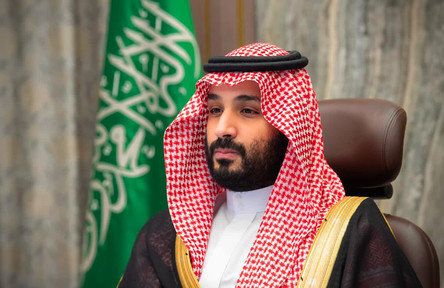 On MBS – Krithika Varagur in LRB:

“We know much more about MBS now than we did a couple of years ago. His favourite food as a teenager (McDonald’s), his role models (Bill Gates, Margaret Thatcher), his jargon (Key Performance Indicators), the entertainers he picked for private parties (Pitbull and PSY), his choice of intimidation techniques (an envelope with a bullet in it), the video games he liked (Age of Empires and Call of Duty) and his hidden talents (piano, self-taught). We know that his idea of fun as an adolescent was to dress up as a police officer and harass the crowds at a shopping mall. We know that he once locked up his own mother in a palace and forced his diabetic cousin Prince Mohammed bin Nayef to relinquish his claim to the throne by taking away his insulin during the fasting month of Ramadan. At some point, the bratty teen transformed himself into a serious-minded protégé and dutiful son, following the king around on official business with a notepad. He also became someone who prefers ‘disruptive’ Silicon-Valley-style innovation to incrementalism and tradition.
Such trivia doesn’t much interest al-Rasheed, who is more concerned with the underclass – the dissidents, exiles and minorities – who have been targeted under his leadership. She sees Khashoggi as a member of a distinct microgeneration of Saudis driven into exile in the MBS era, a novel phenomenon in a ‘society unaccustomed to exile and forced migration’. They have been subject to technologically sophisticated attacks, hacks and attempted repatriations, affecting even the most privileged, no matter where they live.”

“Despite these constraints, she offers some striking ways to think about MBS. She argues that his ‘much commented on physique’ and libidinal energy embody the intensely masculine and patriarchal Saudi state. His introduction of concerts and car racing to the kingdom – pursuits previously frowned on or forbidden – have made headlines as citizen-friendly initiatives, but she suggests that they are better understood as expressions of MBS’s own personality. She claims that Khashoggi’s murder took place amid a new ‘euphoria’ of Saudi nationalism that admits no criticism or dissent. In recent years, she writes, it has displaced religious fundamentalism as the most dominant force in Saudi public life. Wahhabism, the conservative religious tradition that once helped legitimise Saudi rule over the peninsula, is now hemmed in at every turn by the state. The Vision 2030 ‘roadmap’ sees the kingdom’s Islamic identity as only one of six major objectives. MBS has constrained Wahhabi clerics, the only group with some authority to contest the decisions of the royals, and imprisoned hard-line clerics by the dozen. Nationalist rhetoric is propagated in social media campaigns like ‘Saudi Arabia for Saudis’, ‘Saudi Arabia Is Great’. This hypernationalism is the domestic backdrop to the authoritarian actions that have become known to outsiders. ‘I may have caused some of our people to love our kingdom too much,’ MBS declared, weeks after Khashoggi’s murder.”

“Some of her sharpest invective is reserved for the mainstream media, and the ‘proliferation of global liberal discourses’ that she believes played an outsized role in MBS’s rise, and admitted him to the ranks of globally approved leaders. Despite his hostility to actual Saudi journalists, he was fascinated by the Western media, and announced his intention to take Aramco public in the Economist before he told the company management. She picks off easy targets such as Thomas Friedman, whose early infatuation with MBS’s promise of change didn’t require hindsight to seem misplaced, and singles out others for perhaps excessive praise: the Channel 4 correspondent Jonathan Rugman, for example, ‘had not fallen under the prince’s spell or become enchanted by his cult’. She criticises Western media for appropriating Saudi women activists’ campaign to be allowed to drive, while at the same time asserting that ‘global media is yet to exert enough pressure to result in the freeing of women activists.’ It seems odd to rehash these early failures in media coverage given the different challenges of the post-Khashoggi era.
In talking or writing about Saudi Arabia a mysterious force tends to exert itself. I spent some time reporting on the projection of Saudi soft power in the Muslim world – frequently hyperbolised as the source of all jihadism – and came to the conclusion that although Saudi financing had a role in much that was going on in the region, the kingdom couldn’t be held responsible for every Islamic State émigré from Kosovo, or for the fact that the flow of aid it sent overseas has dried up considerably since 9/11. Wherever I went – Muslim-majority countries such as Indonesia and Nigeria, or the US– people wanted to hear something more damning about ‘the Saudis’. The unsexy alternative to blanket condemnation or uncritical boosterism is to examine recent state actions, foreign and domestic, on their own terms.”

“Still, he exhibits a particular pattern of behaviour. It came to light last year that a few months before Khashoggi was murdered, the regime tried to send a ten-person ‘security’ team to Norway, probably to target the prominent critic Iyad al-Baghdadi. The @mujtahidd Twitter account has documented the growing list of activists, academics and Islamists who have been detained or marked for detention for sympathising with the Arab Spring or questioning MBS’s policies. The crown prince is accountable to almost no one inside Saudi Arabia, but he craves the acceptance of the global finance industry and big tech. If al-Rasheed’s predictions are correct, the number of dissident exiles will grow, and reliable testimony about life under his rule will become rare. Effective criticism of his regime requires persistence and detail. It would be easy to forget about Yemen, but we cannot. In November, Nassima al-Sada, a women’s rights campaigner who had already spent a year in solitary confinement, was sentenced to five years for speaking out against the male guardianship system – a verdict upheld by the Court of Appeal. Committing her name, and the names of others like her, to print again and again is one place to start.”

Saudi money had a role in much what’s going on in the region, but we should not overestimate or mystify its power.
I agree.
Probably Saudi influence will be further diminished in the near future, the strategic alliance it is developing with UAE and Israel is a sign that MBS understands that the heydays of oil are over. Needless to say, the power struggle with Iran also plays a role.

So, on the one hand MBS is a modernizer who very much wants to be taken seriously by let’s say the Economist, on the other hand he really cannot stand criticism. Whether the killing of Khashoggi was necessary from the point of view of Saudi-Arabia is unclear to me.

Varagur calls it a blunder. Yes, the emotions got the better of MBS.