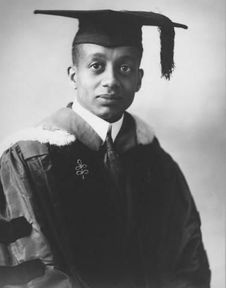 On academia and racist ideas – Kehinde Andrews in The Guardian:

‘Ibram X Kendi dubs this time the “black renaissance”. Owing to activism on the ground, he says, “there’s been a growing awareness of racism itself, and a recognition that folks don’t understand the lives that black people have lived and are living today. And that awareness has led to a growing demand that is being supplied by this incredible number of black creators across genres.”’

‘“We’re talking about race today in a way that we may not have 10 years ago,” argues Kendi. He highlights the attack on the US Capitol as a wake-up call for many who are now “wrestling with the reality that white supremacists are the greatest domestic terrorist threat of our time”. The racial terror that was a foundational building block of the US is highlighted throughout the book, from slavery, through lynching, to the videos of police violence that have recently become a routine feature of everyday life.’

‘Professor Dorothy Roberts’s chapter on Race and the Enlightenment shares many themes with my own book, The New Age of Empire, exploring the importance of racist ideas to scientific concepts of reason. Kendi’s 2017 book, Stamped from the Beginning, meanwhile, offered a detailed analysis of the history of racist ideas that were produced in the academy and he acknowledges that, as three black professors, our presence in these institutions “feels like a contradiction”. But, he argues, “this is the factory where knowledge is produced. Over the last 60 years black scholars have essentially rewritten almost every discipline. We have done incredible work rewriting this history even as academia continues to produce racist ideas.” Given the success of black studies courses in the US it is easy to romanticise the country as a place of equality in higher education. But only four per cent of those with full professor status are black in a nation that is more than 13% black. In the UK, black academics are even more dramatically underrepresented in the senior ranks. Blain sees our positions as “an important opportunity to be able to challenge these ideas from within the institution”.’

‘Genocide, slavery and colonialism were equally important in building the modern world as science, industry and politics.’

‘The main difference between the US and Europe is that while the former seats of empire offshored their colonial violence, Americans lived side by side with the targets of their brutality. The racial terror that is a hallmark of US society was not necessary in Britain when the enslaved and colonised lived thousands of miles away in the Caribbean, Africa and Asia. But after post-second world war migration, we too saw the race riots, segregation, racial inequality and police abuse that have been a feature of US race relations. In many ways the US is a more distilled version of white supremacy, a land where Europeans were free to act out racist barbarity to build a nation state. It is not a coincidence that the US inherited the throne in the new age of empire, nor that it remains a society where we can see extremes of racist violence play out so clearly.’

‘Our writing in The New Age of Empire and Four Hundred Souls demands that we account for the past to understand how to create a better future. It is thanks to mobilisations at the ground level that we have the space to do that work. Blain captures the sentiment perfectly when she says that “this is a moment of possibility, as painful as the killing of George Floyd, Breonna Taylor and others were. The uprisings last summer galvanised people across the globe [and showed how powerful movements for racial justice are]. This is something we should never forget, and it should always inspire us in our work.”’

Science, industry and politics cannot be disconnected from genocide, slavery and colonialism. That doesn’t mean that all science should be distrusted, or that politics by nature is an evil force. (Even though Coetzee remarked that politics brings out the worst in human beings.)

A few questions remain: when can we say that equality has been achieved?

And if academia continues to produce racist ideas, the problem is probably bigger than racism.
Truth seeking is a quest that can produce an awful lot of lies. And science is a method that is able, unlike many other methods, to correct its own mistakes, to paraphrase Popper.

A moment of possibility, a window of opportunity. At least, we are far away from all kinds of doomsday cults that tend to be so popular these days.

And the US as the land where Europeans were free to act out all kinds of brutalities to build a nation state. Fair enough, but why not mention the native Americans?

History, a contest in suffering.